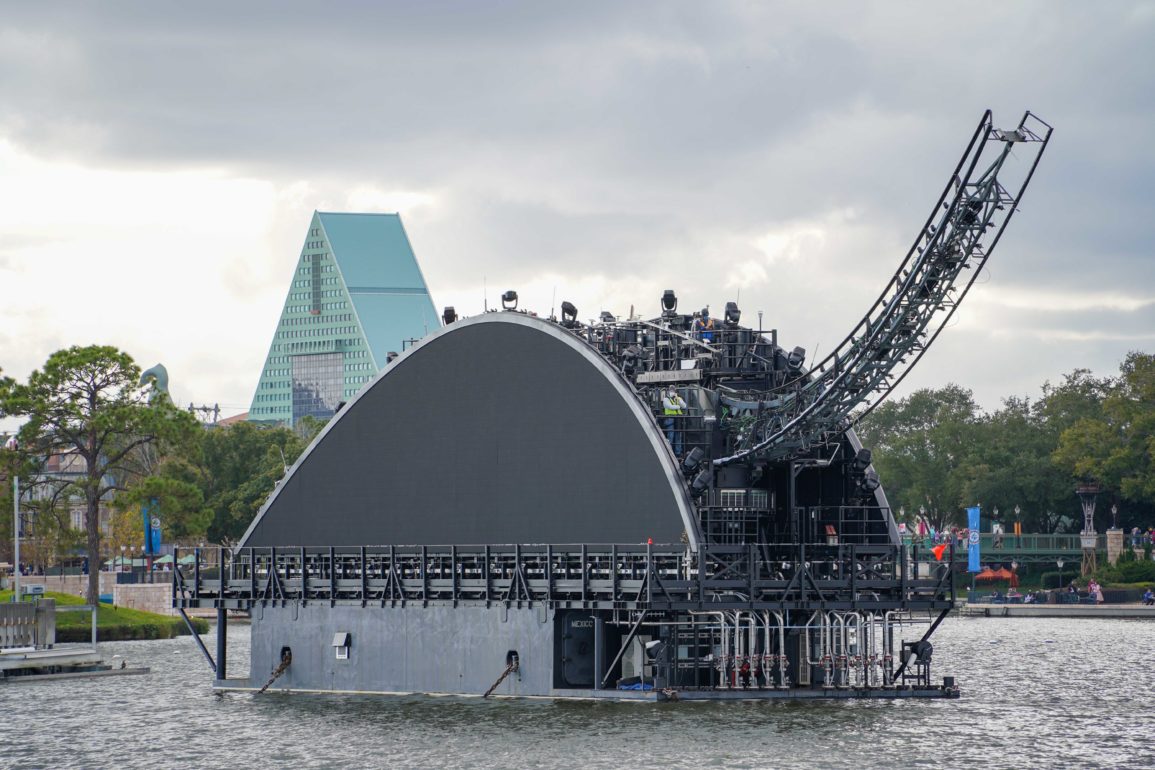 EPCOT’s nights are going to be brighter later this year with the debut of Harmonious, a new nightime spectacular taking place on World Showcase Lagoon at EPCOT. We’ve seen a lot of work being done recently on the barges that will make up the show’s action. Earlier this week, we saw workers fixing the screens that line the sides of the barges. And last month, we saw the fold-out arm on top of the barges being tested. Now, it appears that testing and programming the arm are continuing while the barge floats in World Showcase Lagoon, as we caught the arm extended earlier today.

The arm is usually folded down on top of the barge but during the show, it will extend out and up to create new effects. The upcoming nighttime spectacular will feature four such barges and a large circular centerpiece barge in one of the largest nighttime shows ever created.

Workers in safety vests can be seen inside and atop the barge.

Take a look at our video to see the test running for yourself:

Are you excited to see Harmonious when it debuts later this year? Let us know in the comments below.

Previous
REVIEW: Mosaic Canteen Brings a Lackluster New Menu to Morocco for the 2021 Taste of EPCOT International Festival of the Arts

Next
REVIEW: Red Velvet Funnel Cake with Pixie Dust at the 2021 Taste of EPCOT International Festival of the Arts