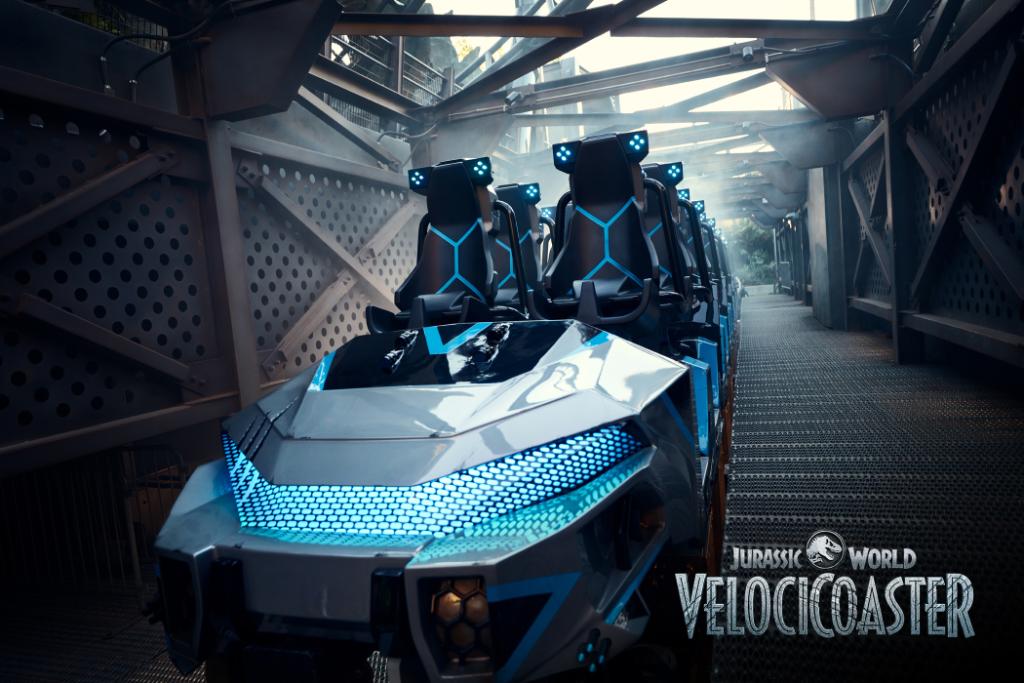 It’s the apex predator of roller coasters… and unlike most attractions at Walt Disney World, it’s actually opening this year.

New images have surfaced of the Jurassic World VelociCoaster, coming to Universal’s Islands of Adventure this summer. These new pictures focus on the coaster train in a section seemingly inspired by dinosaur paddocks.

Previously, we got a glimpse of the vehicle in a short video released last month, but now we have a much clearer look at what we’ll be riding in as we race alongside a pack of velociraptors. Just don’t get too close, or you might have scratch marks like the front of the train does.

Chris Pratt, Bryce Dallas Howard and BD Wong reprise their roles as Owen Grady, Claire Dearing and Dr. Henry Wu for the attraction, which will launch guests at up to 70 miles per hour over a 4,700 foot track reaching heights of over 150 feet.

If the ospreys are willing, we’ll be riding this attraction before we know it. In the meantime, keep reading WDWNT and Universal Parks News Today as we learn more about the Jurassic World VelociCoaster!