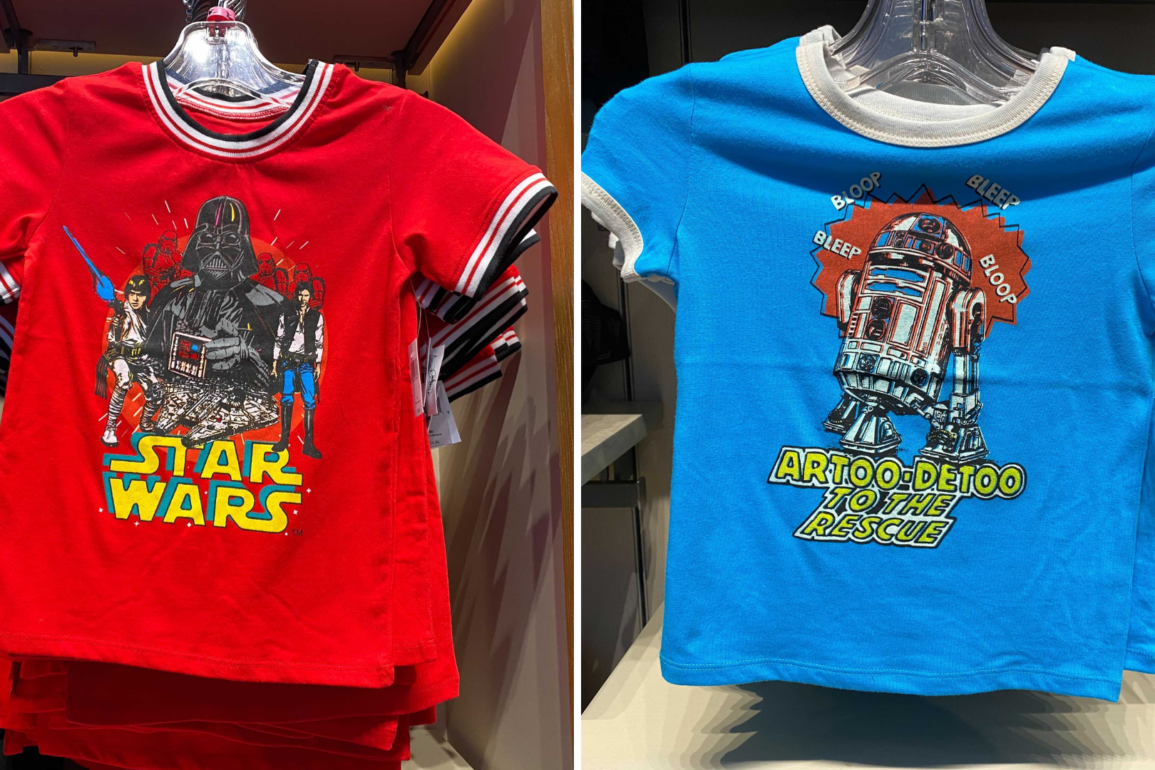 For decades, the world of Star Wars has enchanted children of all ages. And now, kids and toddlers can feature the stars from a galaxy far, far away with a pair of new t-shirts at the Disneyland Resort!

Luke Skywalker, Han Solo and Darth Vader take it back to the film that started it all on this youth t-shirt. Below Vader (and a platoon of Stormtroopers) is the Millennium Falcon, the ship that Luke and Han took on their adventure.

No design is on the back.

Meanwhile, R2-D2… or should I say Artoo Detoo, gets a look of its own on this blue toddler t-shirt. Featuring the bleeps and bloops that the droid is known for, the bottom reads “Artoo Detoo to the Rescue.”

We found both of these items at World of Disney inside the Downtown Disney District. Of course, for more grown-up fans, you can show off the heavenly look of Cloud City or the forest moon of Endor with a pair of new Spirit Jerseys!

Keep reading WDWNT and Disneyland News Today for more on the new merchandise around the Disneyland Resort!