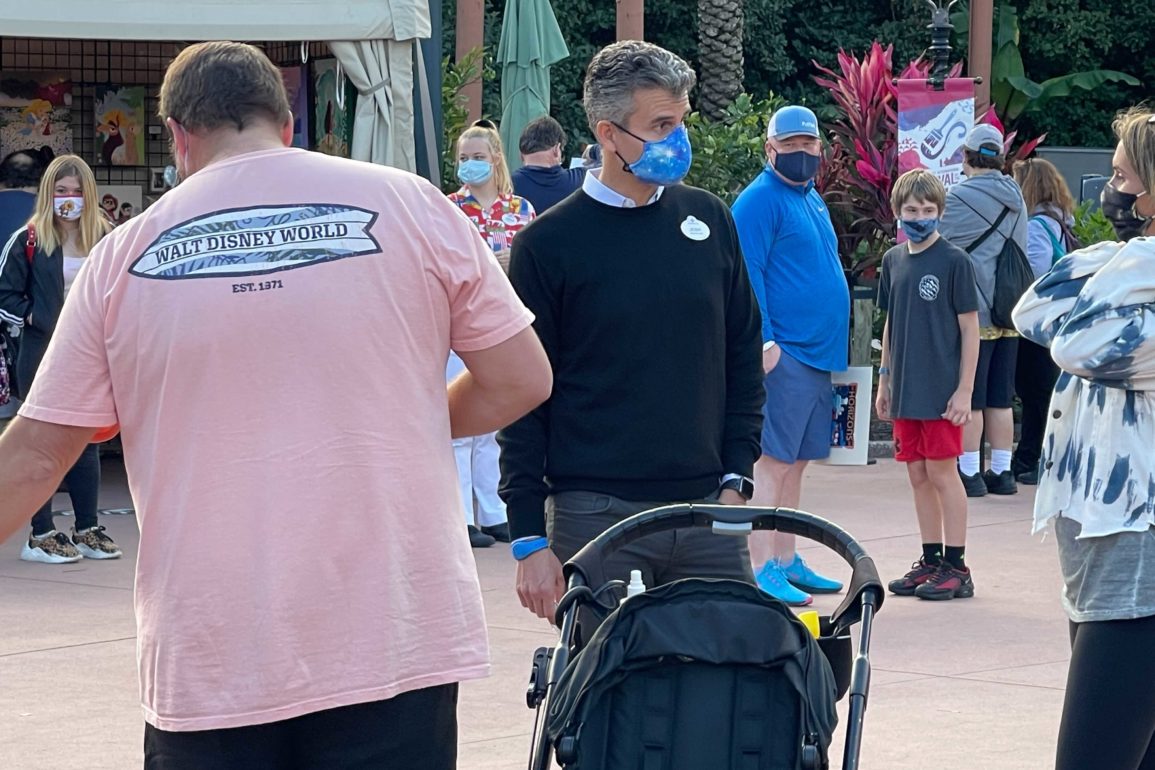 We spotted Josh D’Amaro, Chairman of Disney Parks, Experiences and Products, while live-streaming from EPCOT today.

D’Amaro was stopping to talk to guests in the World Showcase. D’Amaro was named Chairman in May 2020. He has been making frequent appearances at the parks on both coasts since then, most recently checking up on the Christmas tree in Walt Disney’s apartment in Disneyland.

Taste of EPCOT International Festival of the Arts began at EPCOT this past weekend, so D’Amaro is likely in town overseeing the festival’s launch. Today the park also hosted a media event for select influencers, coinciding with the removal of construction walls at the entrance to the France Pavilion expansion and Remy’s Ratatouille Adventure.

D’Amaro was gracious enough to appear in our livestream, which you can watch below—since we are still live at time of publishing, we can’t embed a timecode link, but head to the 30 minute mark to spot Josh D’Amaro: