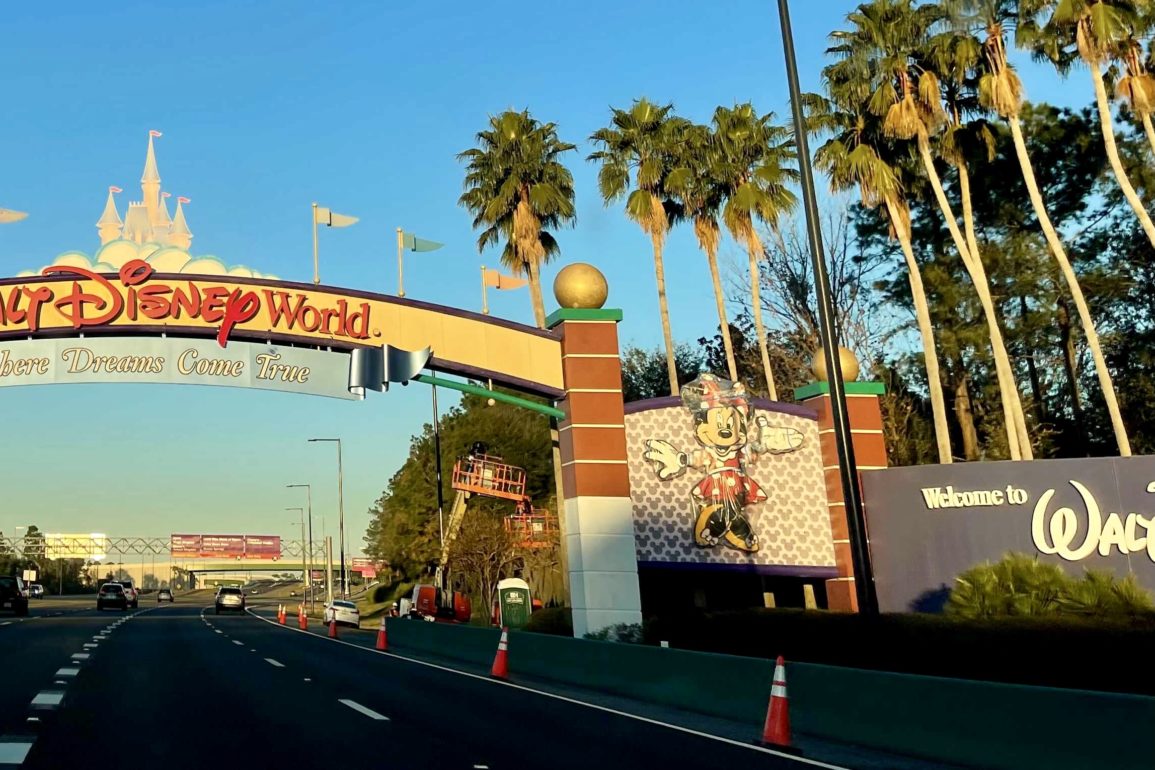 Work has begun on the makeover of yet another road entrance to Walt Disney World, this time it’s Osceola Parkway.

In preparation for Walt Disney World’s 50th anniversary in October, all of the road entrances to the property are getting a similar makeover. You may recall that the entrances on Western Way and Hotel Plaza Boulevard were already completed.

Construction crews and equipment have been at this entrance for days (in fact, the porta-potty has been sitting in guest view for weeks), but now we see their first progress. They have wrapped Minnie Mouse and have started to apply primer.

What do you think of the 50th Anniversary color scheme? Sound off in the comments.