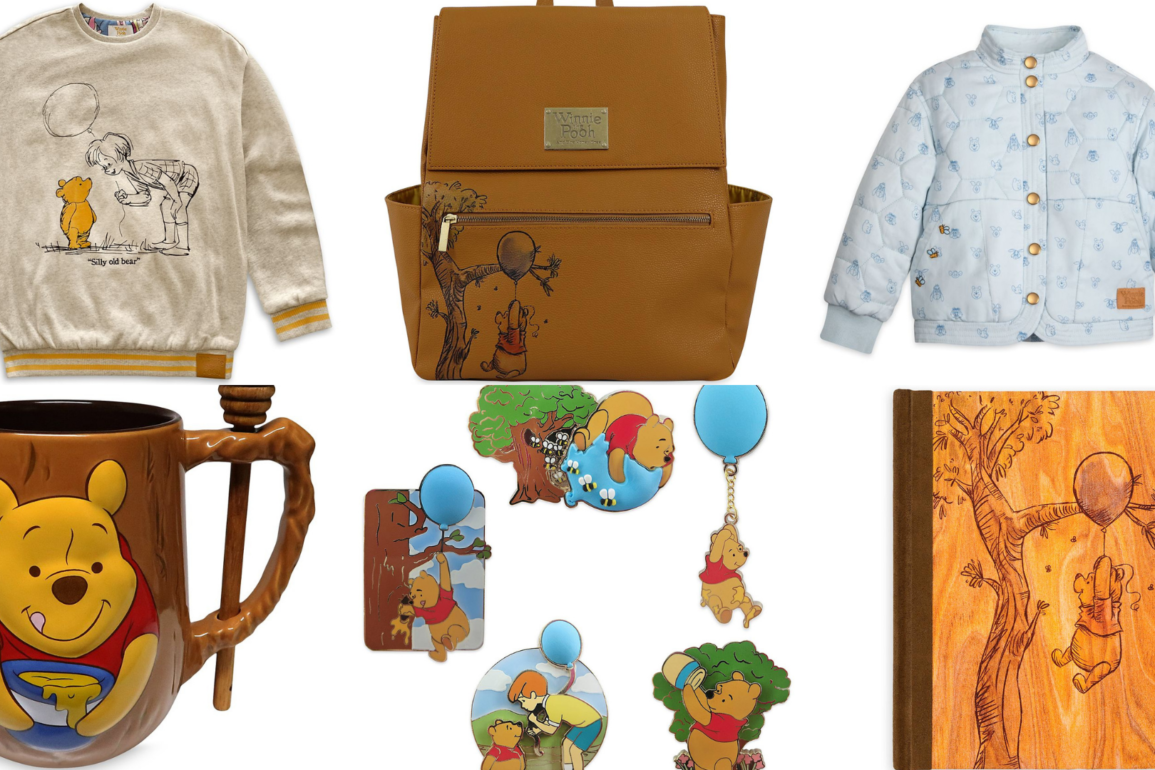 Winnie the Pooh and Pals Reversible Sweatshirt for Women – $44.99

All of the new apparel in this collection is reversible.

This sweatshirt has an all-over print of Pooh and friends on one side, and Pooh with Christopher Robin on the other side.

This faux wood-grained journal has Winnie the Pooh floating next to a tree with a balloon.

The lined pages have bees flying across them.

This stationery set comes in a hardcover case.

It has four sticky pads, one notepad, and one pen.

You can mix yourself some tea and honey with this mug and dipper set.

Winnie the Pooh Plush and Blanket Gift Set for Baby – $39.99

The pocket of this backpack is hidden in the back of Pooh Bear’s shirt.

There are three different sizes of this reversible jacket: baby, toddler, and women.

One side features the faces of Winnie the Pooh and friends.

The other side has the image of Eeyore, Kanga, and Christopher Robin pulling Winnie the Pooh out of a hole.

There are also a few embroidered bees near the pocket.

Finally, this sheer umbrella is covered in bees and features a quote from Pooh about how “the bees will think I’m a rain cloud.”

Some of these will go well with the Winnie the Pooh collection Dooney & Bourke released last month. Will you be donning a Winnie the Pooh outfit to celebrate the 55th anniversary? Let us know in the comments.