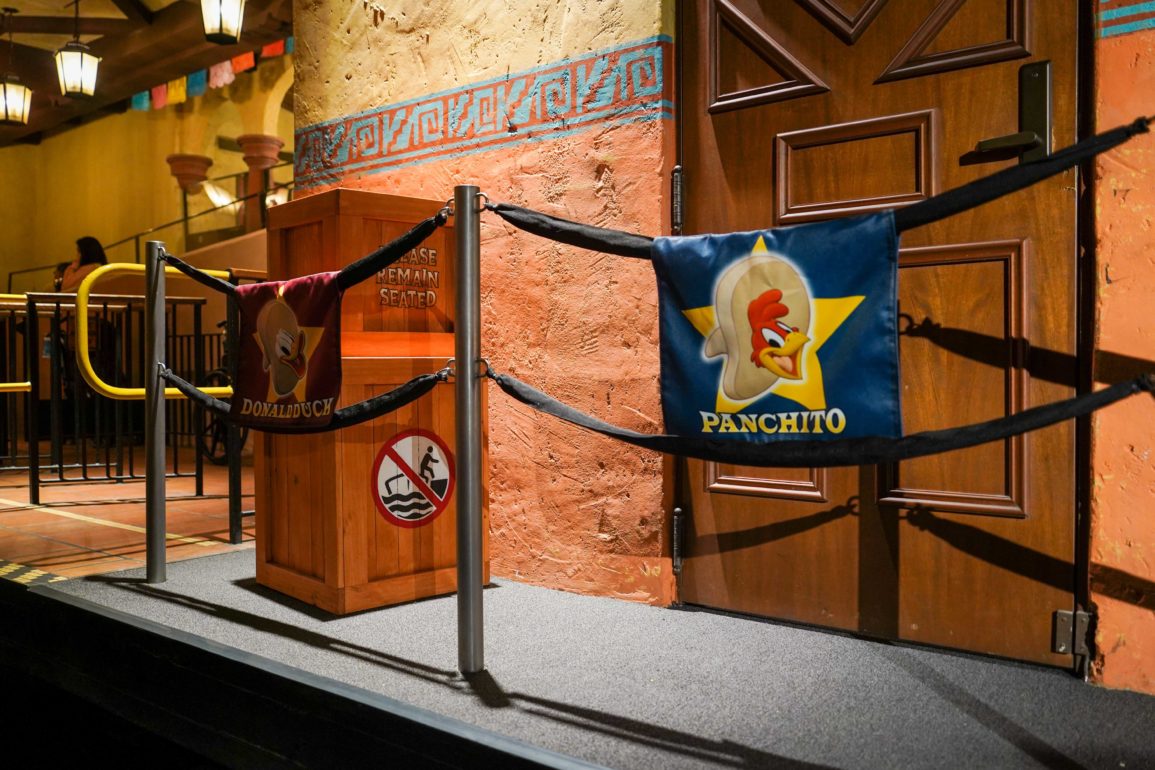 Donald Duck has been missing from the Gran Fiesta Tour at EPCOT for almost two weeks now following a malfunction. Guests checking on the missing duck might also notice Gran Fiesta Tour has added new barriers to stop guests from disembarking their boats early.

There was originally a sombrero memorial in place for Donald, but that was quickly removed.

Now there is only a vase of flowers.

Despite recently added signage and long-standing announcements, it seems Cast Members were still having trouble keeping guests in their boats during the final stretch of the ride.

Boats frequently stop here for a moment before reaching the unloading platform. Black cloth barriers held up by stanchions have been added along the righthand platform, which is used for maintenance and emergency evacuations.

The new barriers have themed banners featuring each of the Three Caballeros.

The banners now mostly block the painted “please remain seated” signs, but guests are less likely to climb out with these barriers in the way.