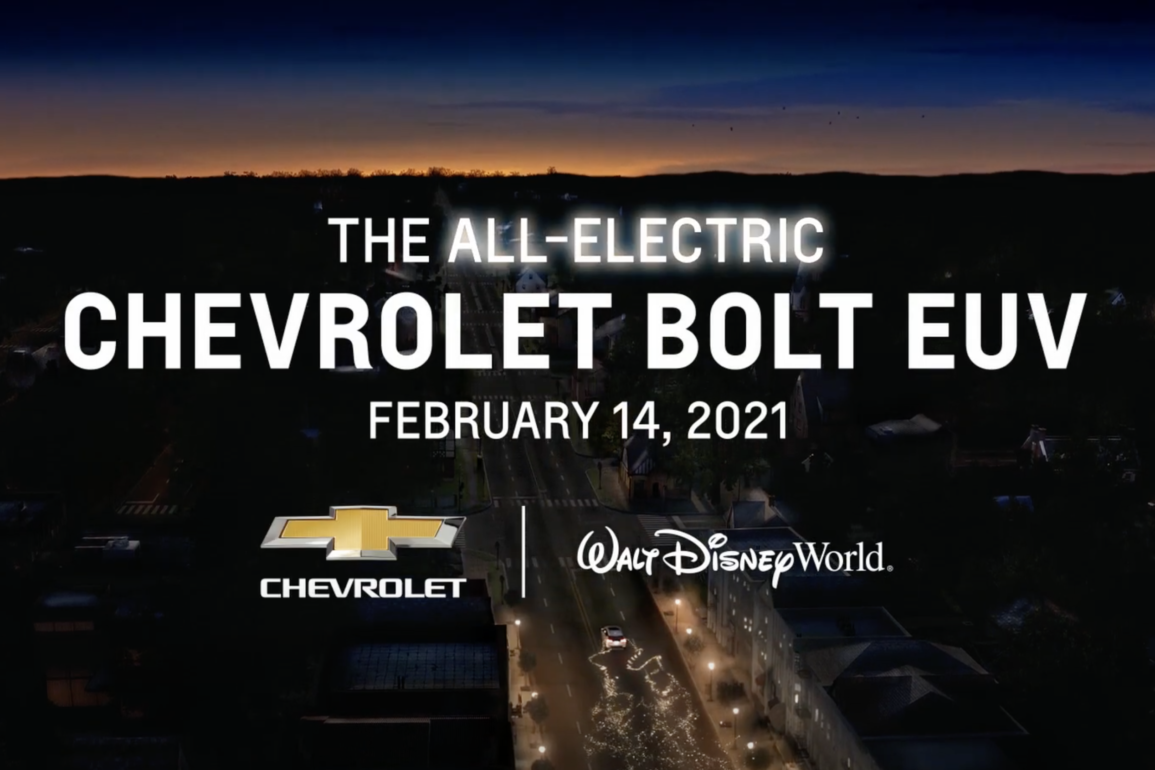 Walt Disney World and Chevrolet Team Up For “An Electric Journey”

As the sponsor of Test Track at EPCOT, it comes as no surprise that Chevrolet has decided to team up with the Walt Disney World Resort to reveal their latest electric vehicles, the Bolt EUV and Bolt EV, on February 14, 2021.

Chevrolet uploaded the video above to YouTube and describes the electric vehicle project as the following:

When desire and ingenuity meet, dreams come true. As we reveal the new, All-Electric 2022 Bolt EUV and redesigned Bolt EV, we’re thrilled to team up with Walt Disney World to create a series of videos that show the magic that can happen with an electric imagination.

The video begins with a girl dressed as Tinkerbell, complete with her wand. She uses her pixie dust to light up the street and gives us serious Main Street Electrical Parade vibes!

This video is the first to be uploaded in a series that will “show the magic that can happen with an electric imagination.” The series will lead up to the reveal of the Chevrolet Bolt EUV and Bolt EV on Valentine’s Day.

Hopefully, these new electric vehicles will be in the Test Track showroom in the future. Are you excited to see the magical reveal of the new Chevrolet vehicles? Let us know!