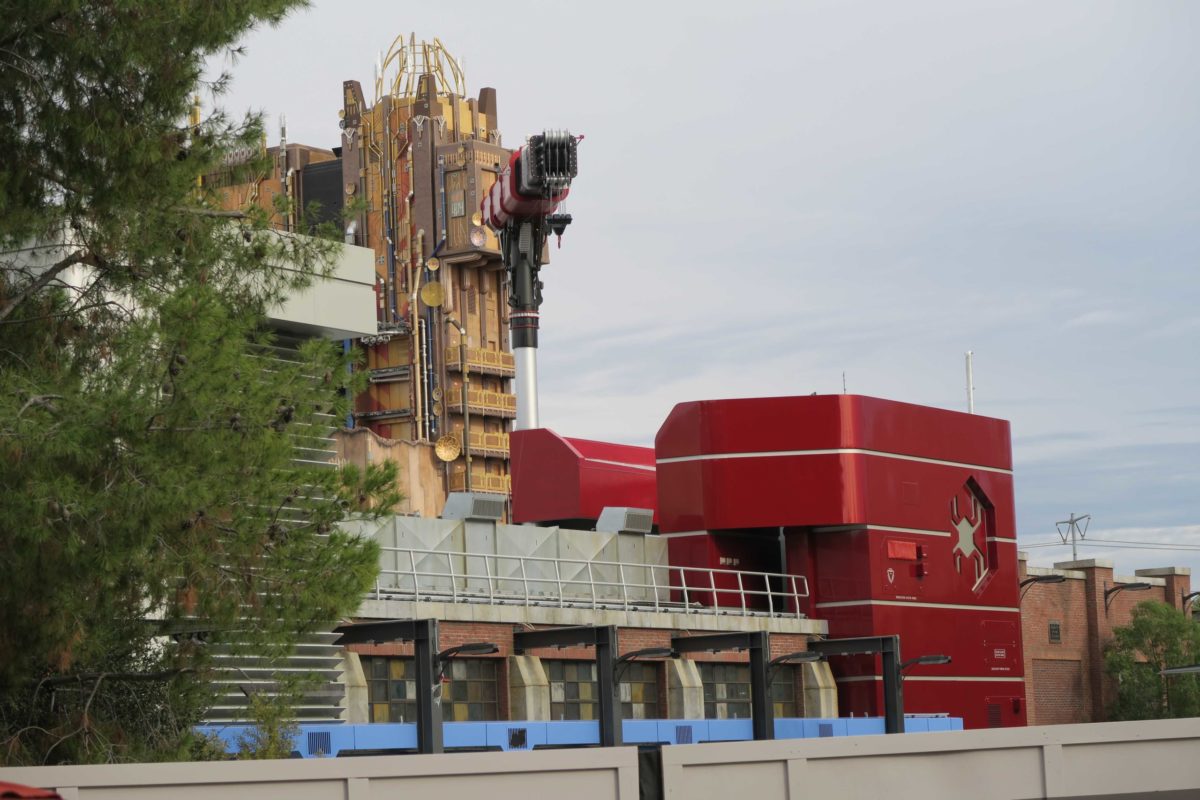 With the opening of Buena Vista Street as an extension of Downtown Disney District in November, we got our first look at MARVEL Avengers Campus in eight months. Since then, we’ve been catching glimpses of the new land whenever we could.

We have a good look at the entrance to the new attraction WEB SLINGERS: A Spider-Man Adventure. The sleek, modern buildings that make up W.E.B. headquarters are mixed in with brick buildings from Stark Industries’ past.

So far, MARVEL Avengers Campus looks almost identical to the concept art, including Guardians of the Galaxy – Mission: Breakout! towering in the background.

Streetlights stick out from the brick portions of the building, and more advanced angled lights are visible throughout.

According to the sign painted on one of the brick facades, Stark Motors is bringing “cars to new heights.”

The WEB SUPPLIERS store is also partially visible through the trees.

Some Avengers Campus merchandise is available for sale in Downtown Disney District.

While we don’t know when Disneyland and Disney California Adventure will be able to reopen, we can’t wait to visit MARVEL Avengers Campus! What are you most looking forward to in the new land? Let us know in the comments.