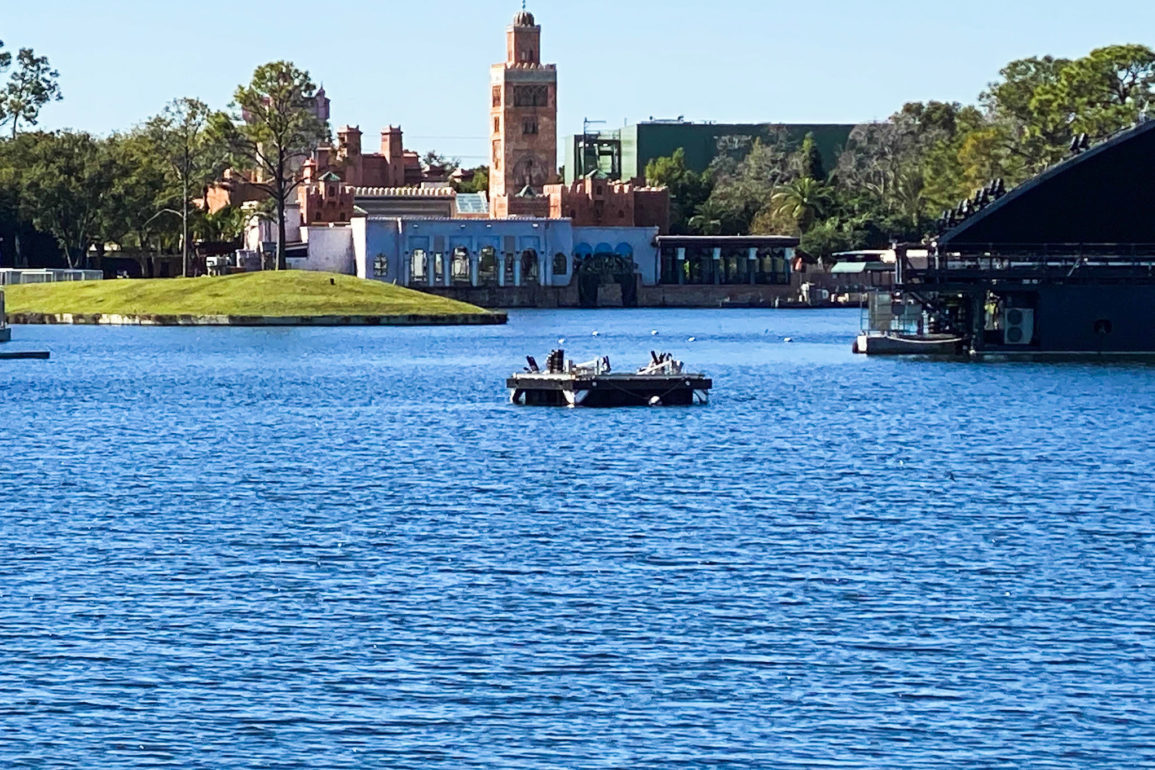 Screen tests have been done recently on the two barges sitting in the World Showcase Lagoon for the upcoming EPCOT nighttime spectacular, Harmonious. Smaller floating barges have now appeared in the World Showcase Lagoon at EPCOT. These will be likely be used for the pyrotechnics during the upcoming show (or at least to test some of the fireworks shells for the show).

The nighttime spectacular will feature five total barges around the World Showcase Lagoon.

Harmonious will be one of the largest nighttime spectaculars ever created for a Disney Park. The fireworks show will be a reimagining of Disney music and images. The elements will be created by diverse cultural musicians and artists from around the world.

There are quite a few fireworks barges around the lagoon. We cannot wait to see how the Harmonious layout will be once it’s finished. According to Walt Disney Imagineer Zach Ridley via Instagram, “Once completed, these platforms will create a sparkling fountain, providing new energy to World Showcase during the daytime, and after dark, they’ll become part of one of the largest nighttime shows ever created for a Disney Park!”

Harmonious is set to make its debut at EPCOT later this year. Keep checking WDWNT for updates about the nighttime spectacular!

Next
ParksCenter – Star Wars Store Opening at Downtown Disney, Primeval Whirl on the Way Out, and No Caballeros – Ep. 137