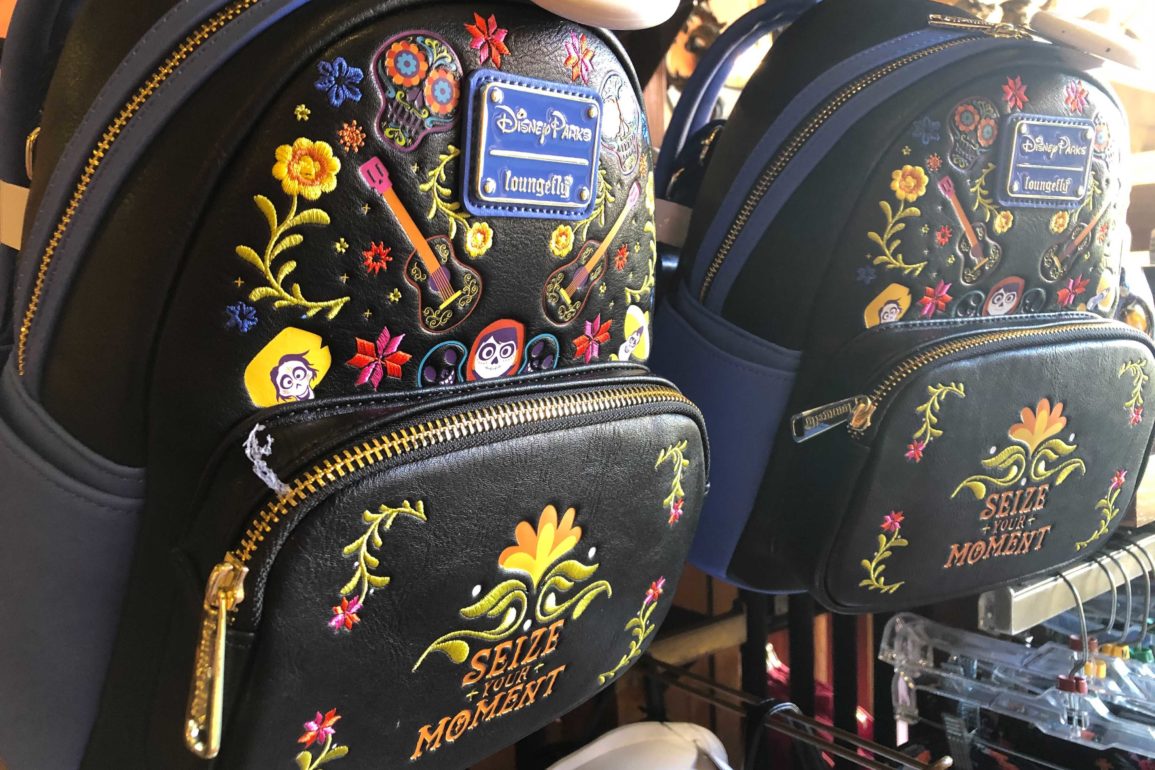 Disney’s newest Loungefly Mini-Backpack is inspired by Disney Pixar’s Coco. Be sure to Seize Your Moment and grab this new addition before it sells out!

The black backpack is adorned with bright sugar skulls, guitars, and of course characters from Disney Pixar’s Coco. The mini backpack has a small pocket on the front with the words “Seize Your Moment” etched across the middle.

The black backpack contrasts beautifully with the predominately pink, yellow, and green design. The design mimics popular motifs found in Dia De Los Muertos celebrations that are depicted in the film.

The Loungefly logo is a brilliant blue that adds the perfect pop of color and compliments the blue straps.

The Loungefly mini-backpack is $90 and can be found at the Plaza del Sol Caribe Bazaar in Adventureland at the Magic Kingdom, as well as the Plaza de Los Amigos market inside the Mexico Pavilion at EPCOT.

In addition to this backpack, another Disney Parks Loungefly backpack was released earlier this year. Which one will you be purchasing?

Next
‘The Haunted Mansion’ Little Golden Book Coming This Summer