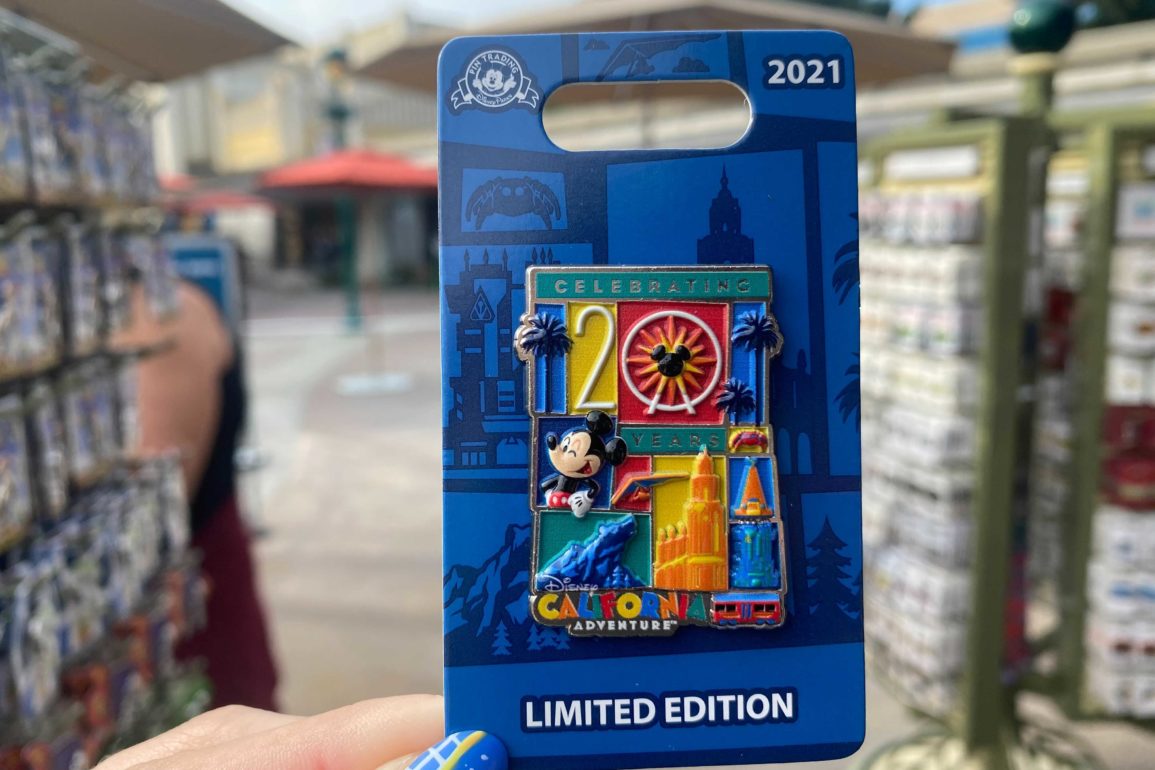 Three brand new pins were just released at the Disneyland Resort to add to your collection. The first pin commemorates the upcoming 20th Anniversary of Disney California Adventure on February 8th. The second pin is a Limited Edition Chinese New Year pin, and the third is a Limited Edition Disney Dream Destinations Agrabah pin.

The 20th Anniversary Limited Edition Disney California Adventure pin is bright and cheerful and captures the whimsy of Pixar Pier. This pin is sold for $19.99 and can be found at Pin Traders at the Downtown Disney District. This pin is a Limited Edition and only 3,000 will be sold.

This next Limited Edition Pin is released just in time for Chinese New Year on February 12th. The pin includes characters like Mickey Mouse, Minnie Mouse, and Chip and Dale riding an Ox, the perfect ode to this year’s Chinese Zodiac Sign. This pin was found at Pin Traders at the Downtown Disney District and is $15.99.

The final pin is a Limited Edition Disney Dream Destinations pin, part of a new series. This bright blue pin featuring the Agrabah Palace can be found at World of Disney at the Downtown Disney District. With Genie as your guide, this pin can help make you feel like you’re traveling to a whole new world in the new year.

Which of these new Limited Edition pins will you be adding to your collection? Let us know in the comments below! Keep your eye out for new pins all year long at both Walt Disney World and the Disneyland Resort!