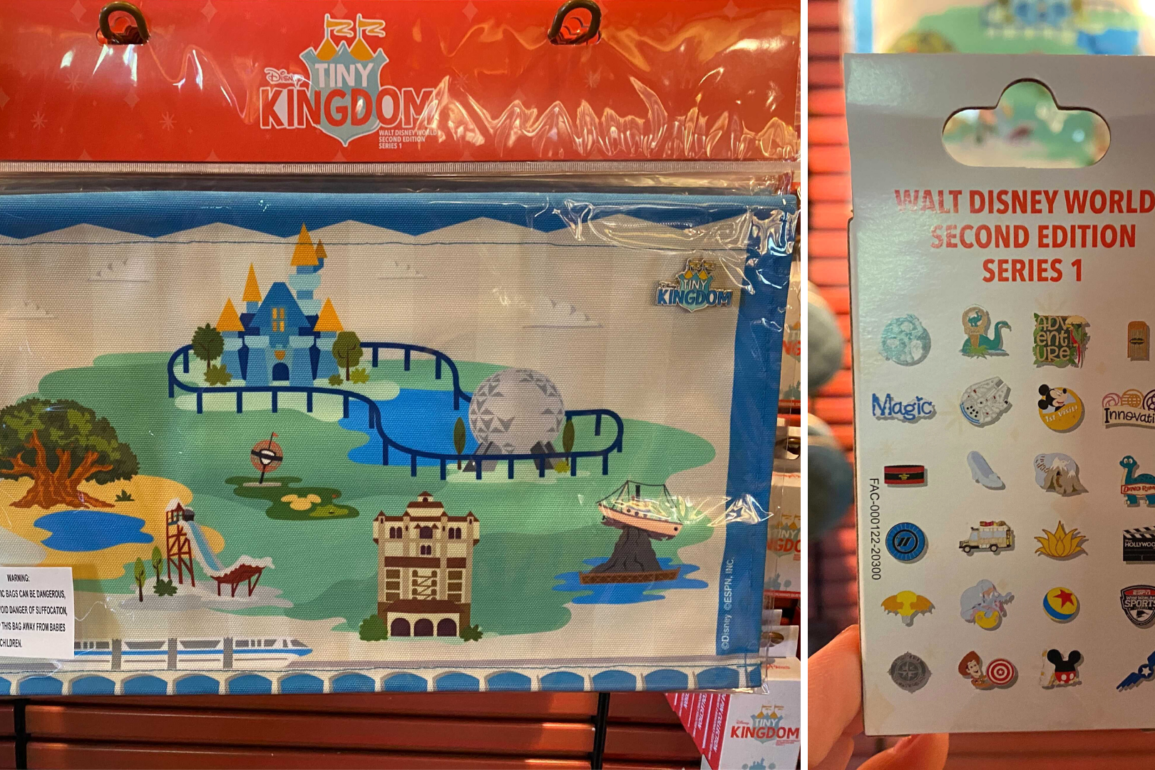 Both the map and the mystery pin boxes were available in Frontier Trading Post in Magic Kingdom.

The map features the icons of the main four Walt Disney World theme parks, plus both water parks, and a golf course. Plus, the Monorail is running along the bottom of the map. It also comes with a special Tiny Kingdom pin at the top right of the map.

The map has a dowel through the top and a black rope to hang it from. A velcro pocket in the back lets you store extra pins or pin backs.

There are 24 pins in this series and each box has 3 pins.

This first series in the second edition includes different icons from throughout the four main theme parks, including:

Do you collect Tiny Kingdom pins? Let us know in the comments.

Next
Josh D’Amaro, Fixing Figment, IPs in Hotel Rooms, and Rope Dropping Ratatouille Are Up for Debate Tonight on “Tom vs. Josh” at 10pm ET