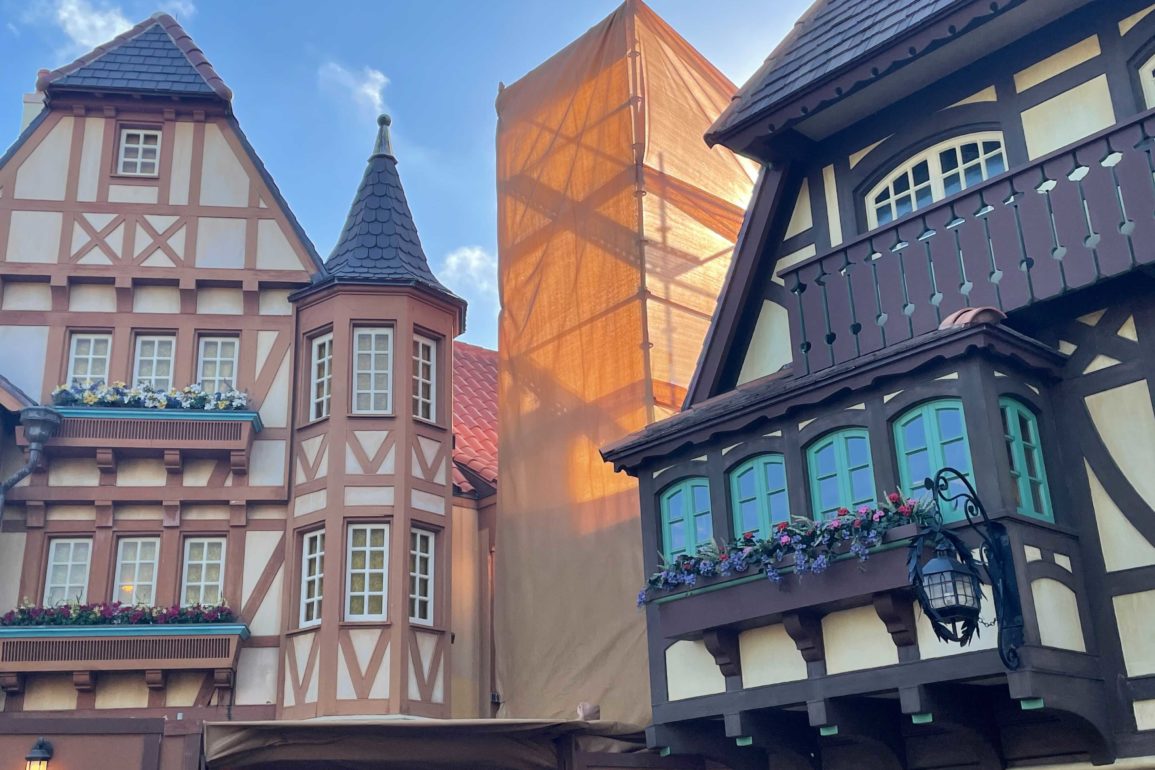 PHOTOS: Scaffolding and Scrims Erected at Peter Pan’s Flight in the Magic Kingdom

A few days ago, construction walls were erected around a portion of the exterior Peter Pan’s Flight queue in Magic Kingdom. The construction walls have since expanded towards the front of the building. Now, scaffolding and scrim have been erected between the queue facade and Columbia Harbour House.

The scaffolding and scrim are in an alley space leading backstage.

There is likely basic refurbishment happening to the exterior of the buildings in this area.

Though much of the exterior queue has been re-routed, the nursery interior queue remains open.

For now, the main facade of Peter Pan’s Flight is not covered. Keep checking WDWNT for updates.