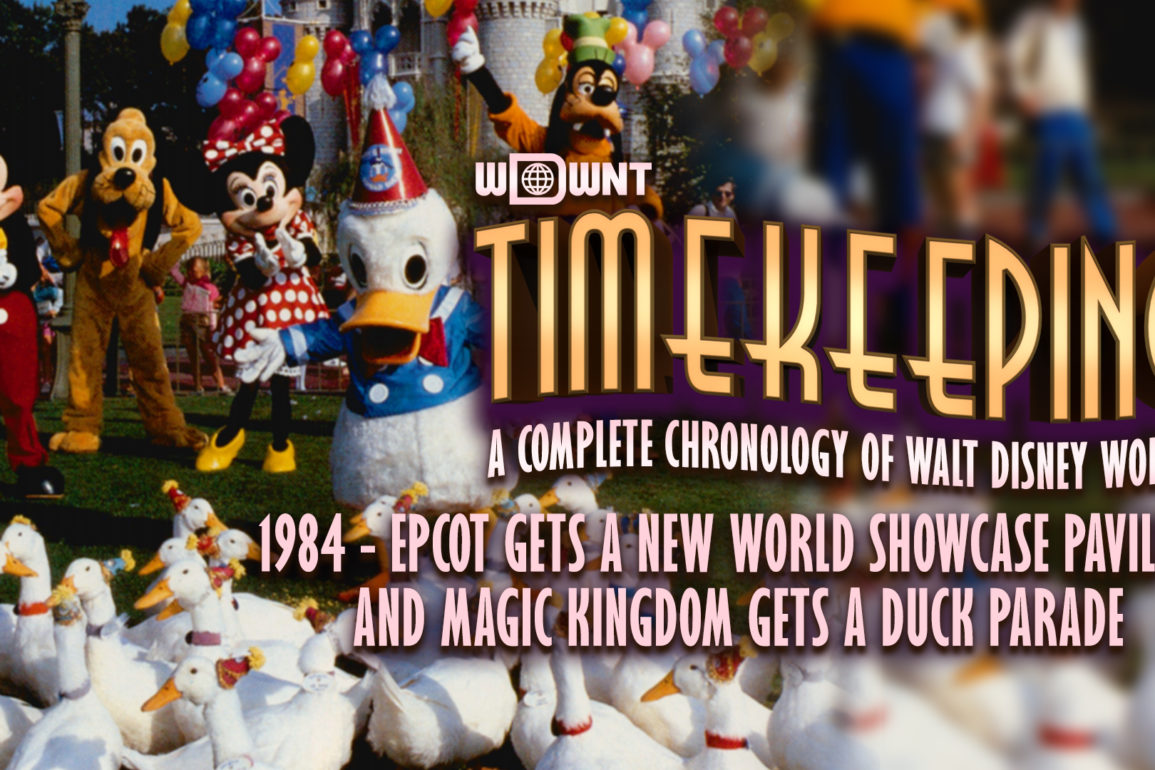 To be blunt, 1984 did not start as a good year for Walt Disney Productions. Attendance at EPCOT Center was lagging, and had cost more than double initial estimates. The newly formed Disney Channel was at about half of its estimated subscribers. The studio turned out stale films, the majority of which were failures. Management’s mantra of “what would Walt do?” had backfired. The fixation on what Walt had done in the 1960’s was not leading to success in the 1980’s.

Of Greenmail and White Knights

At this point Card Walker and Donn Tatum had left the company. Ron Miller, Walt’s son in law, was the CEO and Raymond Watson, a long term advisor and board member, was Chairman. Roy E. Disney had stepped back to a  board position and the company’s largest shareholder. With little faith in Miller from everyone (including himself), the company’s stock was down to almost 40% of its value a decade previously. Analysts realized that the stock value was less than the actual assets of the company, making it prime for a leveraged buyout and liquidation.

In steps Saul Steinberg, a Wall Street financier with a history of corporate takeovers. Realizing the undervaluing of Disney’s stock, he went on a buying spree. Two other camps had already formed in Walt Disney Productions. Miller and management, and Roy and his personal businesses were also aware of the precarious nature of the stock, and were working to fend off potential corporate raiders. The intricacies of the greenmail, forcing a company to buy its own stock back at an inflated value, and corporate politics will be the subject of supplemental content, but suffice to say by September 1984, Michael Eisner and Frank Wells were now running the company. Things would never be the same.

In Tomorrowland, American Journeys took over the Circle-Vison 360 theater on September 15, months after it had premiered at Disneyland. The film was sponsored by Black and Decker. The film features sweeping vistas of sites like the Grand Canyon, the Rocky Mountains and New York City. Rather than present itself as a simple travelogue, the film tries to present points of view of people in different areas and different walks of life.

To celebrate his 50th Birthday, bothe the Magic Kingdom and Disney launched the Donald Duck Birthday Parade in May. The parade featured the song HAppy Happy Birthday to You by Michael and Patty Silversher. The parade kicked off with cheerleaders dancing with circle signs featuring Donald’s face that would be flipped to spell “Donald Duck.” They were accompanied by Mickey and Minnie on a float featuring a larger version of the Donald face sign. Other floats included a colorful bucket shaped float, a cupcake, a cake float featuring Goofy and Pluto, characters in party hats, live ducks, and Donald, Daisy and the rest of the Disney Duck family.

Three and a half miles southeast, Future World’s Computer Central saw the Astuter Computer Review close on January 2, to be replaced by Backstage Magic February 4. This mixed media presentation was hosted by the human Julie and her computer sidekick Input/Output, I/O for short. This show took guests through a live action and animated look at the history of computing and how computers work. The guests then moved into the main theater. Here the film showed how Disney World utilized computers for both on stage and backstage operations, before showing the actual computer control room for EPCOT with Peppers Ghost style projections.

The first major addition to World Showcase, Morocco, opened on September 7. Restaurant Marrakesh anchored the pavilion in the back. As you entered the pavilion courtyard, to your left you’d find th Gallery of Arts and History and the Fez House, galleries of Moroccan art and Architecture respectively. Behind the Fez House was Casablanca Carpets, selling woven goods. In the center of the pavilion sat Tangier Traders Clothing and Leatherwork, Jewels of the Sahara (jewelry), the Brass Bazar (brass and copper works), and Marketplace in the Medina (wicker furniture). On the right hand side, you’d first encounter the Medina Arts gallery, then the Tourism Information presented by Royal Air Maroc, Meknse Potters and Kasbah Wood Crafts.

The Polynesian Village saw significant updates in 1984 as well. Mickey’s Tropical Revue was added as an early version of the luau aimed at families and featuring the Fab 5 characters. The South Seas Room closed to become banquet space, and Papeete Bay and Coral Island Cafe were both refurbished. The former received a kitchen update and a stage, while the latter gained seating and skylights. The Moorea and Pago Pago buildings began construction as well.

1984 could arguably be the most defining year for Walt Disney Productions in its entire history. The events set in motion by the attempted buyout would redefine the company from a company focusing on children’s entertainment to eventually the world’s largest entertainment conglomerate. Walt Disney World would soon utilize its full potential as its pace of expansion would accelerate exponentially in the coming years under new management with a big vision.