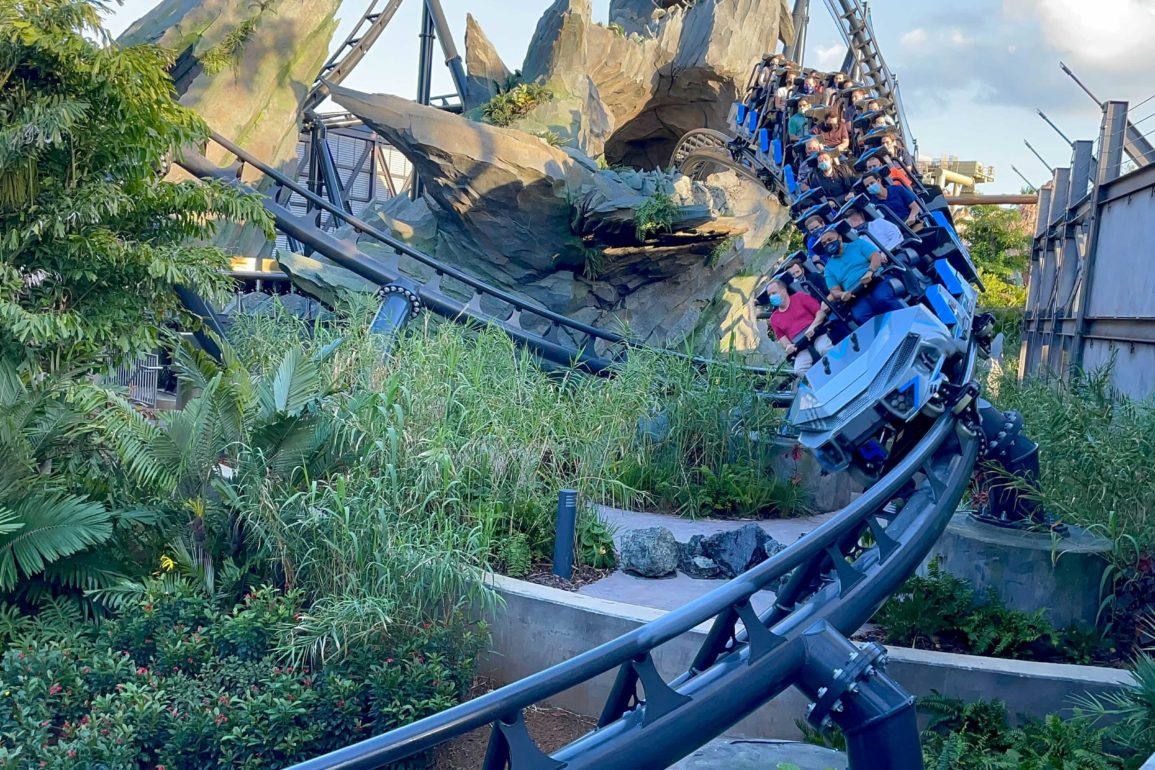 Welcome to another beautiful, busy day the Universal Orlando Resort! As soon as we arrived at CityWalk, we noticed a lot of progress on the new Universal Studios Store construction, as well as some changes to the new “Legacy” store.

Things are progressing a lot over at the new Universal Studios Store. There’s a lot more paneling around the building and we’re eager to see some signage installed now that the concept art has been released.

The “Legacy” store is also getting a lot of new props and photos added around the area. We’re absolutely obsessed with all the retro goodness around this store and can’t wait to see it completed!

Over at Islands of Adventure, we were surprised at the crowds so late in the day on a Thursday. Spring Break is right around the corner, so we’re getting ready for the craziness!

We love all the entertainment around the parks, especially the characters over in the Lost Continent. Universal Orlando is doing a fantastic job at providing entertainment for their guests!

Be sure to get your Virtual Line time through the Universal Orlando app for Hagrid’s Magical Creatures Motorbike Adventure if you’re looking to ride soon. It’s going to be busy in the Wizarding World!

As we made our way into Jurassic Park, we were startled by the sounds of raptors roaring inside the Jurassic World VelociCoaster. The attraction was testing the raptor audio today and it sounds absolutely amazing. Take a listen in our video below!

In addition to the audio testing, we also spotted Team Members on the vehicles!

It was a really amazing sight to see people riding the coaster during the daytime and we can’t wait to have the chance to ride, too. Check out our video below to see the coaster testing with actual people!

We worked up an appetite after all the excitement, so we headed over to Blondie’s for a quick bite. We had the Chicago Dog, which was very good and served surprisingly quick. It sure beats the long lines for some of the food carts around the park. Plus, it comes served with fries instead of a bag of chips.

Dudley Do-Right’s Rip Saw Falls is still under refurbishment, but over the construction walls, we can see some of the scaffolding around the drop.

We made our way over to Universal Studios Florida for a little bit of Mardi Gras before the day is over. Don’t forget that Mardi Gras 2021: International Flavors of Carnaval has been extended through April 11!

It’s a beautiful night to be out celebrating Mardi Gras at Universal Orlando!

Don’t forget to check out the Cinematic Celebration at Universal Studios Florida!

That’s all for this visit to the Universal Orlando Resort. Thanks for joining us around the parks today. Be sure to stay tuned to WDWNT and Universal Parks News Today for more updates!