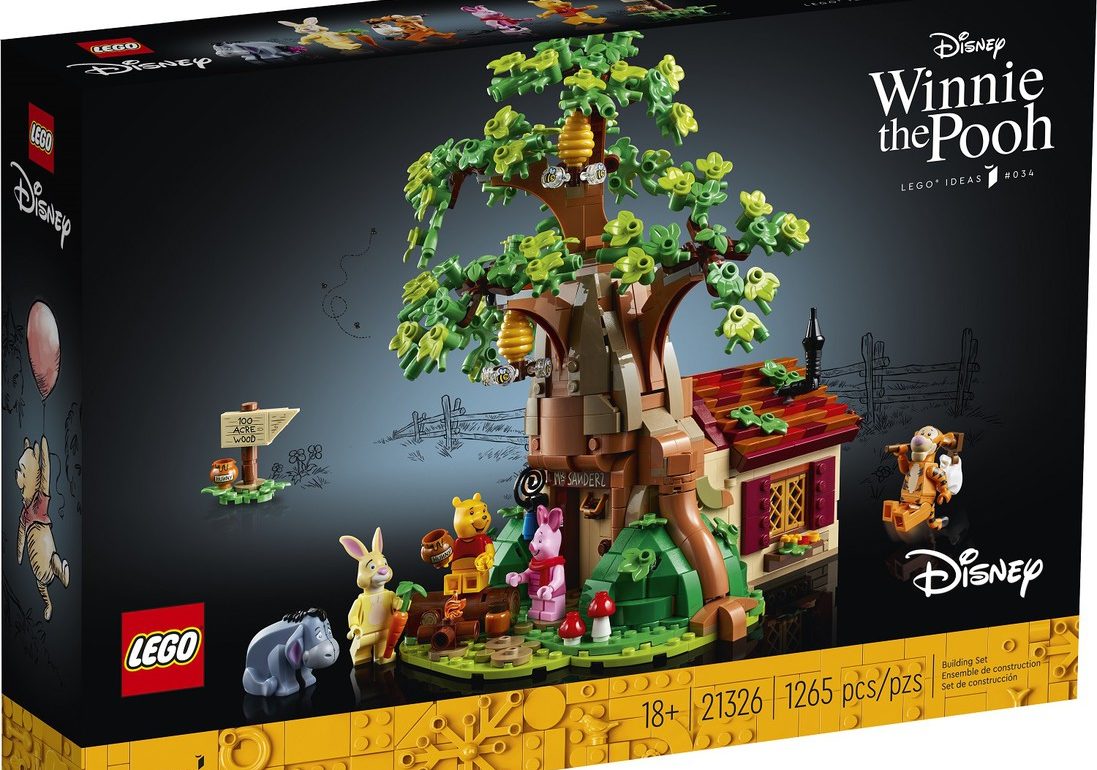 Fans will be able to build their own part of the Hundred Acre Wood when a new Winnie the Pooh LEGO set goes on sale Thursday, April 1st.

The set, which was created by Ben Alder, is part of the LEGO IDEAS program, which takes fan-created designs voted on by the public and makes them into actual LEGO sets. Submitted by Alder in 2019, he discussed his love of the stories, saying “I love Winnie the Pooh and remember my parents reading it to me as a child. I now read the same Winnie the Pooh stories to my children, so it is certainly something dear to my heart. I decided to make the set so that my children could bring to life our bedtime stories but never quite expected the positive reaction it has received.”

The set features figures of five beloved characters: Eeyore, Rabbit, Tigger, Piglet and Winnie the Pooh himself. And of course, what would Pooh be without a honeypot? Each character also comes with accessories themed to the character, including Pooh’s red balloon, Piglet’s scarf, and a removable ribbon on Eeyore’s tail.

The also features Pooh’s house, with beehives in the tree overhead.

The house opens up to reveal Pooh’s welcoming home, where he can spend time with his friends. The set will retail for $99.99, and can be found on shop.lego.com. LEGO VIP members will also have an exclusive presale window to purchase the set beginning on Thursday, March 18th.

Do you love LEGO? Be sure to check out the LEGO model of Disney’s Riviera Resort now on display at Disney Springs!

Next
TONIGHT on WDW News Tonight (3/4/21): WDWNT March Madness Kicks Off to Determine the Greatest Disney World Ride Vehicle, Past or Present!