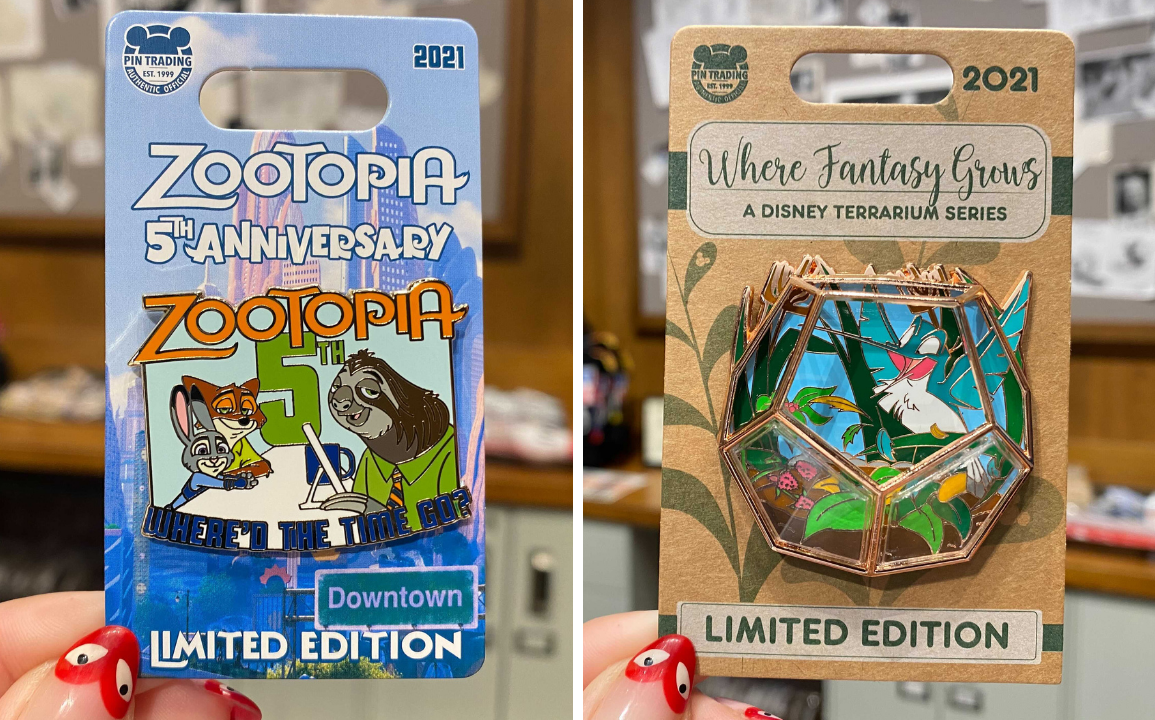 After the latest drop of Limited Edition pins at the Walt Disney World Resort, it’s time for the West Coast to receive some new LE pins! Today we found a Limited Edition Zootopia pin to celebrate the film’s anniversary and the latest addition to the “Where Fantasy Grows” collection at Disneyland Resort.

This Limited Edition pin celebrates the 5th-anniversary of Zootopia. With Judy Hopps, Nick Wilde, and Flash featured, we all wonder “Where’d the time go?” since it seem like just yesterday the film was released.

This “Where Fantasy Grows: A Disney Terrarium Series” pin features Flit from Pocahontas. This pin is Limited Edition 4000.

We found these new Limited Edition pins in World of Disney at Downtown Disney District and on Buena Vista Street at Disney California Adventure.

Will you be adding either of these pins to your collection? Let us know in the comments!