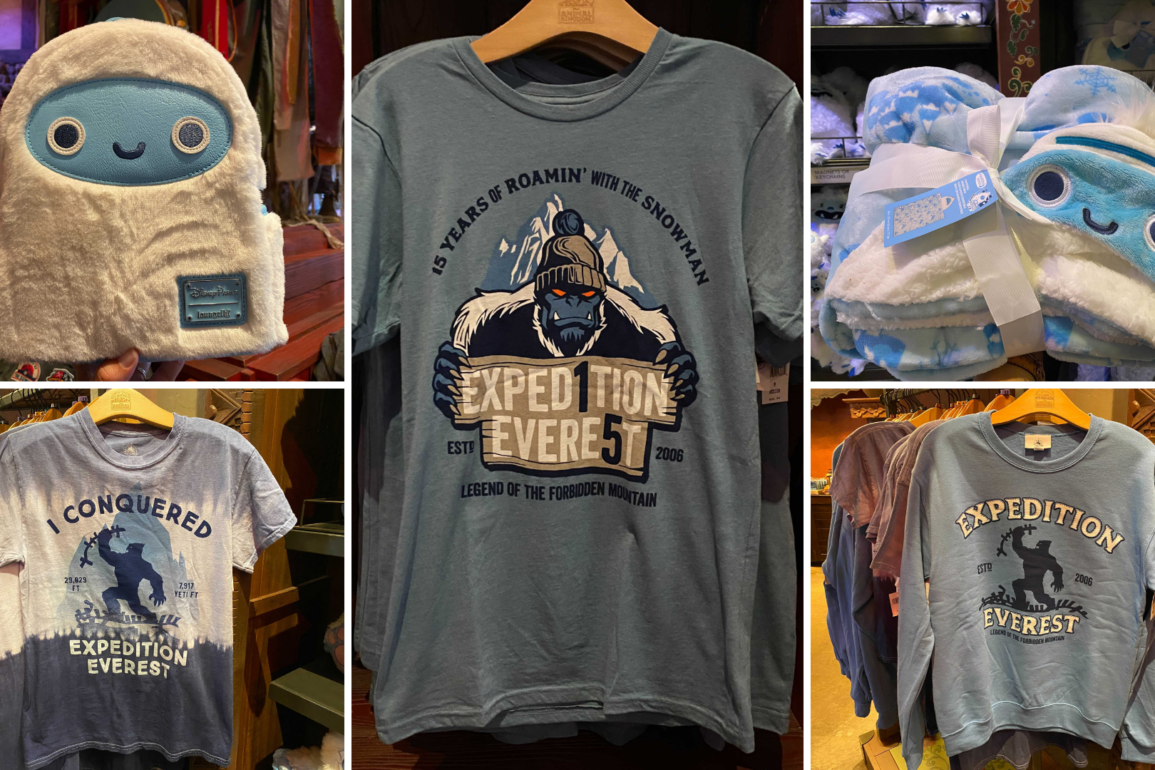 This tee reads “15 years of roamin’ with the snowman.”

The Yeti is wearing a knit cap while holding up a sign for Expedition Everest that has a 1 and 5 in place of “I” and “S.”

The Yeti is also pictured on the back wearing climbing gear.

This tee has a silhouette of the Yeti tearing up the train track and says “I conquered Expedition Everest.”

The same design is printed on this sweatshirt.

This throw is perfect for kids, or kids-at-heart.

There’s a cute Yeti hood, so you can wear the blanket as a cape.

The blanket itself has the Yeti riding a sled through snowy trees.

The backpack is covered in fuzzy faux fur, and the Yeti has a small smile between his two round eyes.

The zipper, pocket lining, and straps are all blue like the Yeti’s face.

Inside is an all-over print of the Yeti.

Will you be picking up any of this Expedition Everest merch? Let us know in the comments!