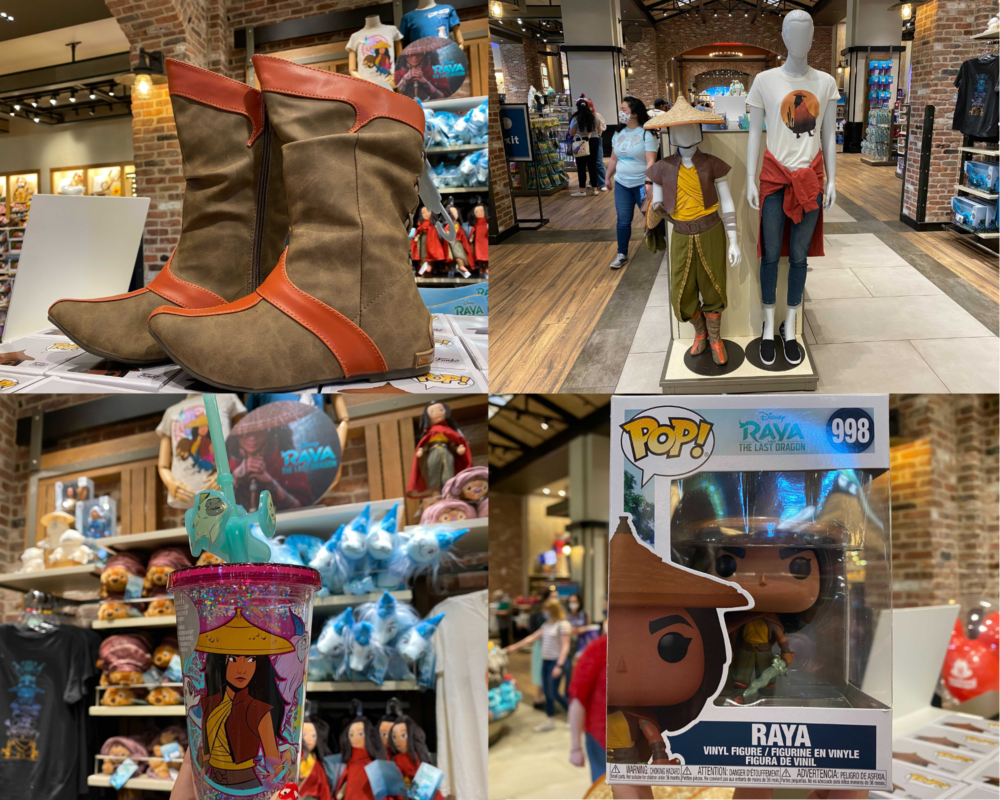 This small color-changing cup features Raya on the side and the mischievous Ongi playing on the straw.

When cold liquid is added to the cup, it will magically change colors!

A pair of brown costume boots just like Raya’s are available in youth sizes.

A youth costume is available to match the boots. Children can match Raya’s outfit in the film, complete with a straw hat, vest, and wristband.

Funko POP! fans will be excited about this release. A Raya vinyl figure is now available, and it’s one of seven Funko figures that will be available from the film.

Raya and the Last Dragon is available now with Premiere Access on Disney+ and will be available on June 4th for all subscribers for no additional fee.

Can’t get enough of Raya and the Last Dragon? Check out this incredible mural inspired by the film at the Downtown Disney District.

Have you seen Raya and the Last Dragon yet? Let us know in the comments below!

PHOTOS: Menus Removed from Front of Restaurant Marrakesh, Meet and Greet Lights On in Morocco Pavilion at EPCOT