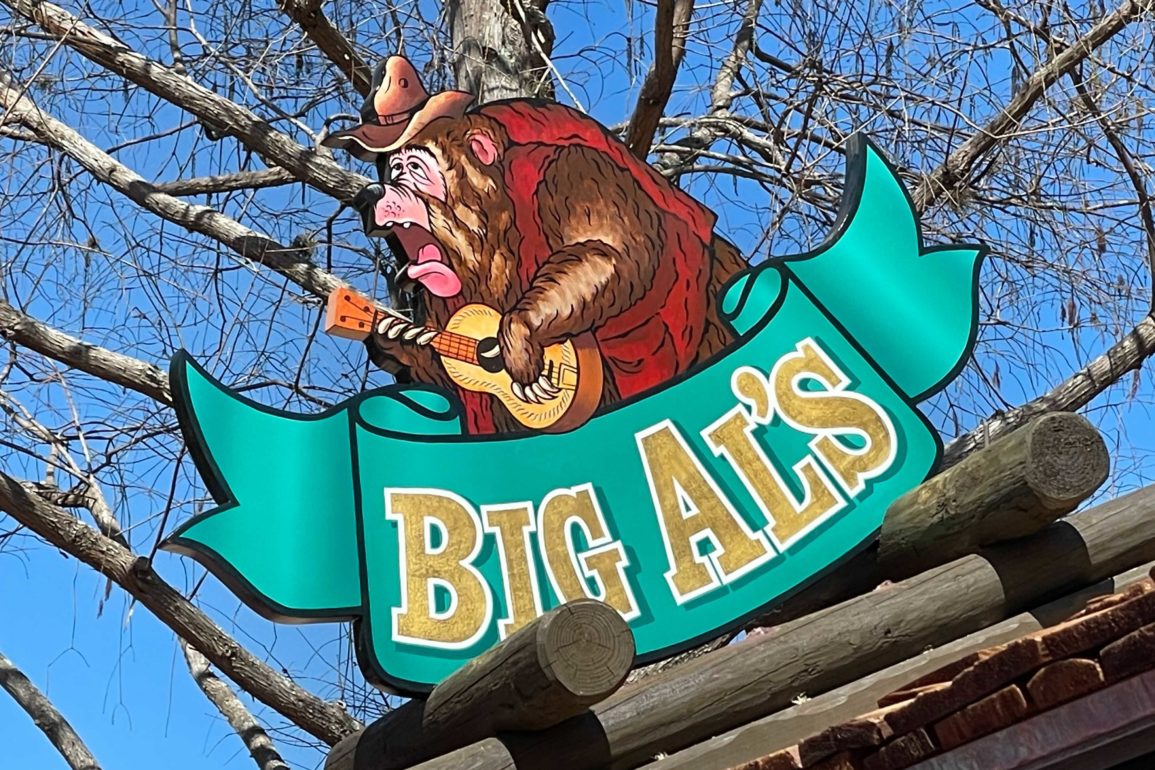 The Big Al’s merchandise kiosk in Frontierland at Magic Kingdom now has a new sign. The previous sign was taken down over a month ago.

The sign has the same design as before, but the coloring is slightly different and no longer appears to be hand-painted.

The paint on the image previously wrapped around the edge of the sign. There was some green visible in the faded lettering as well.

The new sign has a black border and the banner image is teal green. The Big Al’s lettering is also clearer.

This kiosk was a ticket booth when Magic Kingdom opened in 1971 before becoming a wood carving location. It became Big Al’s in 1989 and this is the fourth sign to be placed over 32 years.

Big Al’s can be found across from The Country Bear Jamboree in Frontierland.