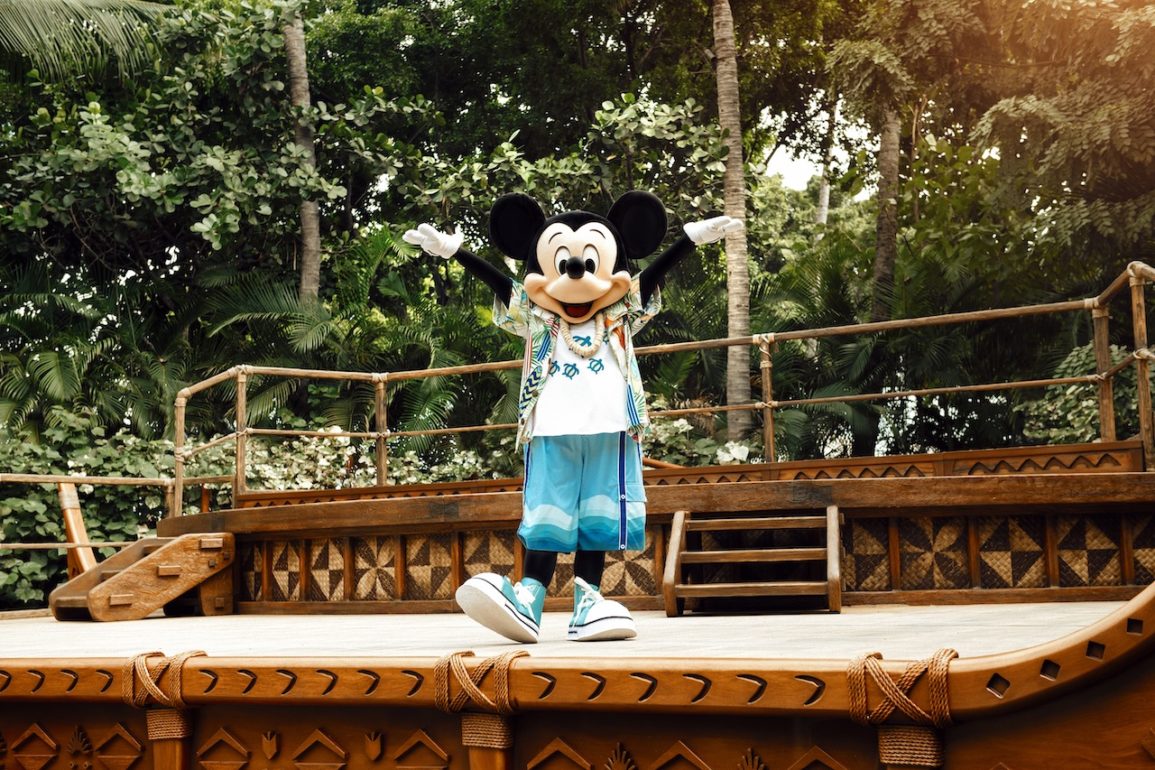 Character Dining Set to Return to Aulani, A Disney Resort & Spa Next Month

Disney announced today that character dining will return to Aulani, A Disney Resort & Spa, next month.

The popular character breakfast at Makahiki Restaurant is scheduled to return on May 7th.

At the character breakfast, Mickey Mouse and his friends will join Aunty or Uncle for fun songs and entertainment while guests enjoy a delightful three-course breakfast. Upon arrival at Makahiki, and throughout the breakfast experience, guests will have an opportunity to take photos with Disney friends to mark the occasion.

There, you will choose from entrees including fluffy macadamia nut pancakes with a Tahitian vanilla sauce or Hawaiian-style Loco Moco with hamburger steak, all accompanied by pastries and seasonal fresh fruit. Keiki – or kids – may choose the Mickey and Minnie waffle, which includes a Belgian mickey waffle and red velvet Minnie waffle.

According to Disney, the experience has been adjusted with the health and safety of guests in mind. We expect that the experience will closely mirror what we have seen in the return of character dining at Walt Disney World, with socially distanced character interactions.

Makahiki Restaurant has been operational following the November reopening of Aulani, A Disney Resort & Spa, but this marks the first time breakfast will be available again; and the first time character dining makes its return to paradise.

While breakfast at Makahiki Restaurant will be available 7 days a week, characters will only appear on Mondays, Fridays, and Saturdays. During the month of May, character dining will be exclusive to resort guests. Breakfast reservations will open on April 26 and can be made by calling Aulani Resort at (808) 674-6200.