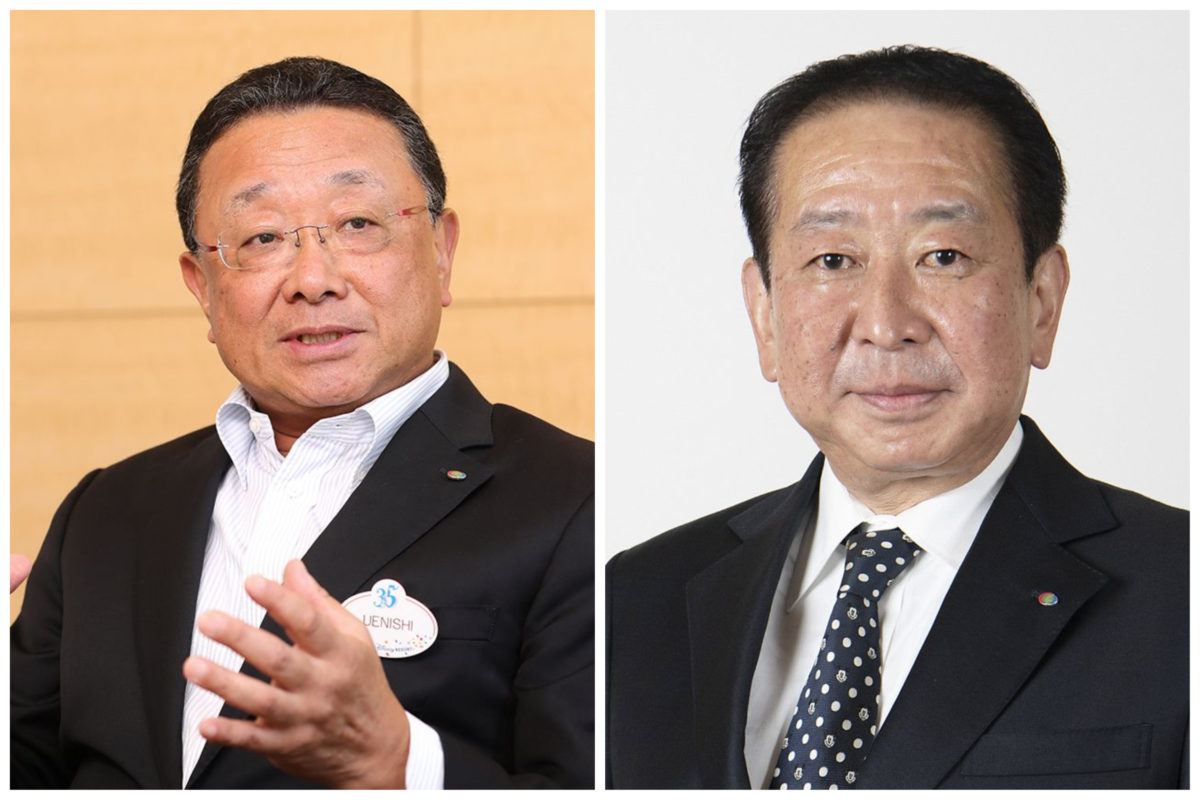 After twelve years as President and Chief Operating Officer of the Oriental Land Company, owner and operator of Tokyo Disney Resort, Kyoichiro Uenishi announced today at the company’s FY2020 results meeting that he will step down effective June 29th, with Food Division & Fantasy Springs Enhancement Chief Kenji Yoshida set to replace him.

Uenishi, seen on the left, has been part of the Oriental Land Company since April 1980, moving up the ranks to eventually become Director of the General Affairs, Public Relations, and Corporate Strategy departments before his rise to Chief Operating Officer and President of OLC in April 2009. Since then, he has lead the company through such projects as the Tokyo Disney Resort 30th and 35th Anniversary celebrations, the Tokyo Disney Celebration Hotel, Soaring: Fantastic Flight at Tokyo DisneySea, and of course, the massive New Fantasyland expansion at Tokyo Disneyland.

Yoshida, meanwhile, is another longtime veteran, joining OLC in April 1984 and rising through the ranks to direct the Finance & Accounting and Food divisions as well as assuming the position of Director of Fantasy Springs Enhancement Division.

Uenishi will assume an executive advisory role upon his stepping down on June 29th of this year. Other executive positions, including longtime CEO Toshio Kagami, remain the same.

A new President has generally lead to different styles of management at Tokyo Disney Resort, we can only look to the future and hope that Kenji Yoshida will continue to lead the Oriental Land Company and Tokyo Disney Resort to the top.