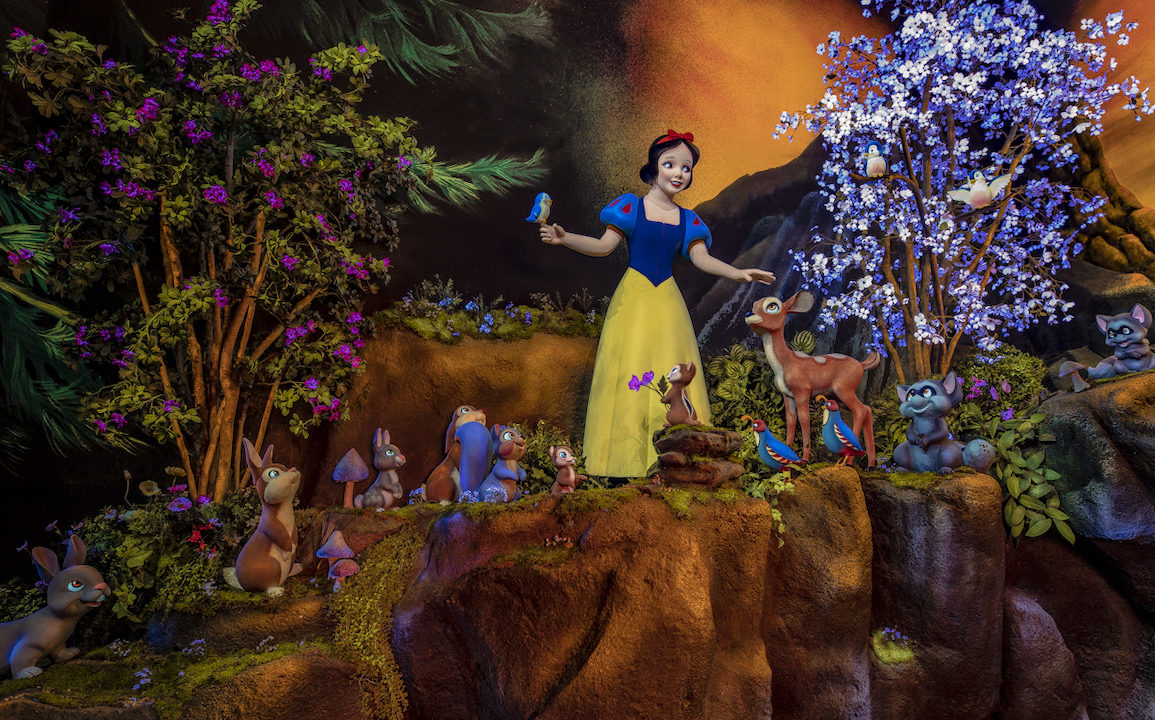 Snow White’s Enchanted Wish, a reimagined version of Snow White’s Scary Adventures, will be opening with the rest of Disneyland on April 30. While we only have a few more days before we can ride the attraction ourselves, we’re enjoying every look inside that Disney is giving us. A new photo reveals a scene of Snow White surrounded by animals on a cliffside.

Snow White has a bluebird perched on her finger, with several other forest creatures gathered at her feet. With the ride’s new lighting, Snow, the animals, and the plants all shine bright.

This replaces a scene of the seven dwarfs climbing the cliff in a storm in an effort to stop the Old Hag, which, understandably, had a much darker tone than the new scene.

Watch our ride through of Snow White’s Scary Adventures below.

Are you excited about the revamped ride? Let us know in the comments and check out more about Snow White’s Enchanted Wish below.