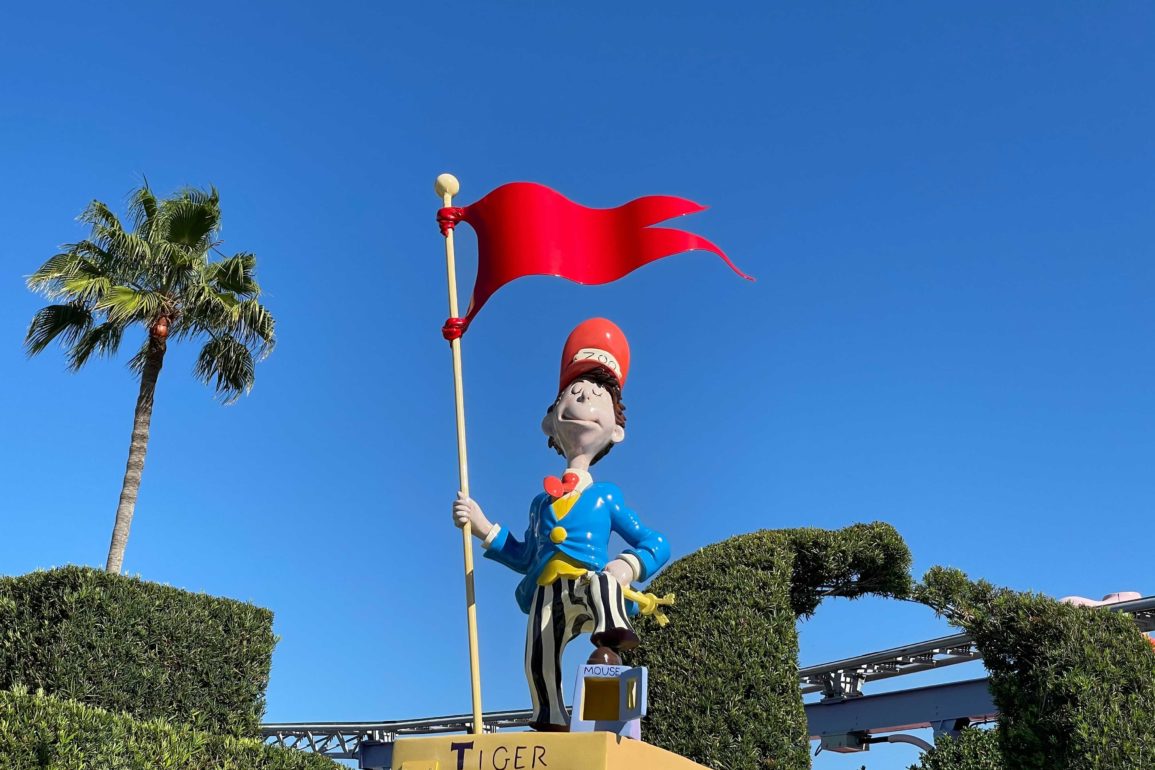 PHOTOS: “If I Ran the Zoo” Sign Currently Painted Over at Universal’s Islands of Adventure as Play Area Undergoes Refurbishment

Seuss Landing at Universal’s Islands of Adventure is currently home to a peculiar sight, but is it merely a fresh coat of paint or something more?

Currently, the sign at the entrance of the “If I Ran the Zoo” playground has been painted over as the attraction undergoes refurbishment. In early March, Universal Parks & Resorts said in a statement that they would be “evaluating [their] in-park experience” following Dr. Seuss Enterprises’ decision to remove six books by the beloved author from future publication and licensing due to their use of racist imagery. If I Ran the Zoo was one of the six books mentioned on that list for its stereotypical portrayal of Asian people.

This could also very well be a simple touch-up as the area is being refreshed, with the lettering added later. While no announcement has been made of a name change, the attraction still retains its name on the Universal Orlando website as of the writing of this article. Below, you can see the sign as it appeared just days ago, with the name clearly visible.

As mentioned before, the play area is currently undergoing refurbishment. The playground has yet to be open to guests since the park reopened back in June 2020. When we spoke to a Team Member, they told us that there are plans to reopen select play areas in the park, including Jurassic Park’s Camp Jurassic, though no time frame has been formally established yet.

Team Members were also surveying the site, which has had multiple components wrapped in plastic to protect them during the repainting. We overheard discussion about possible repairs to the slide, indicating that a reopening could happen soon.

The “foliage” is looking lush in its shades of green and purple.

The area needs a fresh coat of paint now and then to help keep the colorful style of Seuss.

Elsewhere, a panel was open in one of the “shrubs,” offering a peek at what’s within.

Another clue that this change may not be permanent is that name of the book is still listed on the plaque beneath the sculpture that holds up the sign. Only time will tell if this is a part of something bigger happening at Seuss Landing.