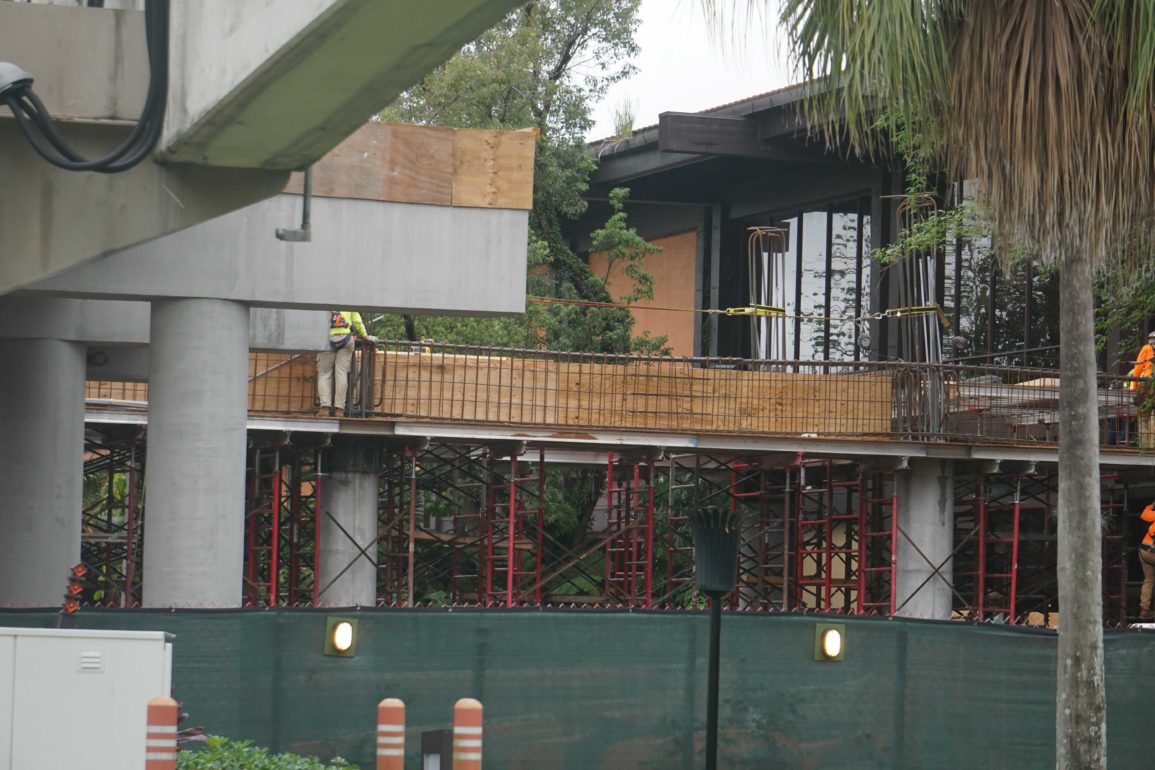 Construction has been moving quickly on the new Monorail station at Disney’s Polynesian Village Resort. Roof installation began earlier this month and the walkway connecting the station to the Great Ceremonial House came soon after.

Scaffolding is set up in front of the Monorail station as work continues on the new porte-cochère.

The construction crew was working atop the roof of the future porte-cochère.

There’s a roof platform on each row of four columns.

On the opposite side of the station, more crew members were working on the walkway that leads to the Great Ceremonial House.

For now, there is a framework of temporary supports beneath the walkway.

Wood paneling and framing surrounds most of the walkway.

Rebar framework on the top of the platform indicates where the pillars will continue to molded with concrete.

At the end closest to the Great Ceremonial House, crew members were finishing paneling.

As for the station itself, not much seems different when it comes to the trusses.

Construction walls have been removed from the staircases leading to the resort’s new Moana rooms.

Of course, the buildings are still closed and windows are still taped over with tarps as the interior refurbishment continues.

We saw Cast Members behind the Great Ceremonial House, where a small section of construction walls has been erected near Pineapple Lanai.

Keep checking WDWNT for updates on the reimagining of Disney’s Polynesian Resort.