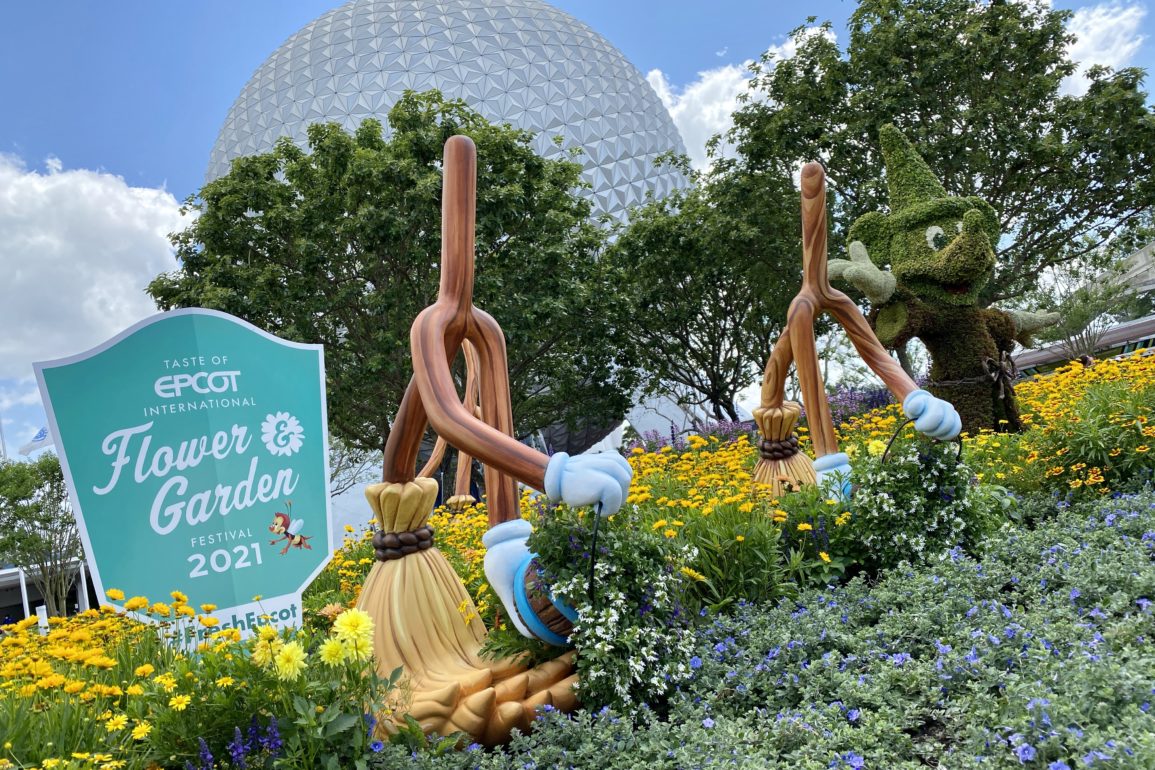 Hello again from a hot but beautiful day at EPCOT! Overall, it was a rather uneventful day, but we still found a few things to show you. Let’s get started!

When we entered the park, we found even more “Points of Light” had been installed on Spaceship Earth facing the park entrance.

The lights now join up with the ones wrapping around from the East side and travel across the front of Spaceship Earth, ending just before going out of view from the entrance area. We’ll be keeping an eye out for more lights to be installed in the future.

New scaffolding was installed outside of the future location of Creations Shop and Club Cool in Innoventions East against a glass window which appears to have wood mounted on the other side. All the other windows are backed in plastic.

On World Showcase Lagoon, a new piece of heavy machinery had been brought out to work on the Harmonious barges on a second large construction barge.

With all of the ring barge’s arms in the upright position, we could see that the flexible screen that we saw was installed a little while ago on one side of one arm was done so loosely, as it was hanging off of one side and flapping in the breeze.

In the Italy Pavilion at the future location of Gelateria Toscana, trees have been installed to the right of the building.

Across the river in the same scene, the ribbon hat dancer has now been removed, who stands next to the dancer animatronic who returned on Tuesday.

Today marks three months since the Three Caballeros animatronics were replaced with these painted flats, and we were hoping to find that they had returned today, but alas, the same static scene was there to greet us at the end of the ride.

We found a few pieces of merchandise to show you, starting with this “Baby Yoda” Grogu character clip, which we found at Disney Traders for $11.99.

We also found two new additions to the Rainbow Disney Collection open edition pins. Both of these pins were available, along with the two found yesterday, at Disney Traders. The heart hands pin retails for $9.99, and the Star Wars pin retails for $12.99.