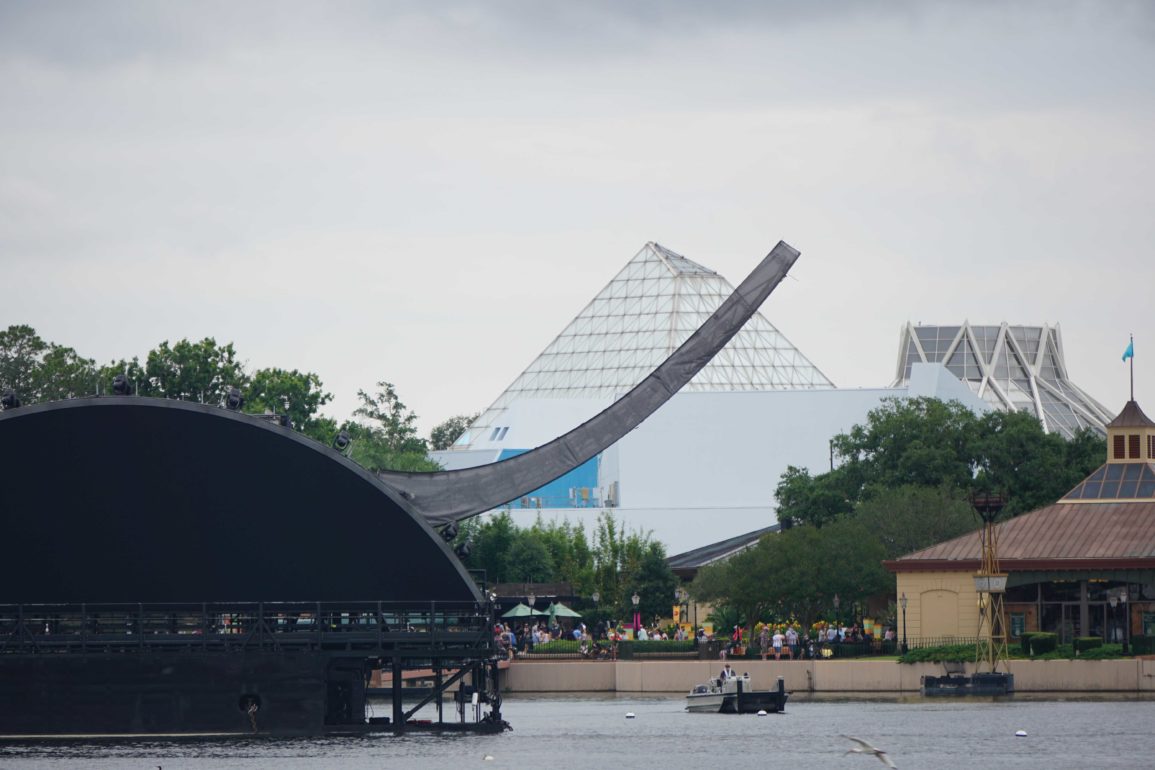 Hello from a grey but lovely day here at EPCOT! The heat finally broke here in Central Florida after some storms late yesterday, much to our relief. We were happy to throw on a Spirit Jersey and head out to the park to see what new things we could find for you without melting while we were at it. We had a quiet day with a little bit of excitement here and there. Let’s get started!

When we entered the park, we saw that the installation of the Points of Light across the surface of Spaceship Earth had reached a new milestone, with lights now visible from all angles. Before today, the Western face of Spaceship Earth had yet to receive lights, but we found they had been installed overnight, stretching across and connecting to lights previously installed on the Northern and entrance sides.

We also found that the low construction walls that we found here two days ago had been removed, revealing new pavement.

The Rally of the Gazelles was on and running today, but still covered by a curtain and unavailable to guests.

The real excitement today came from all the activity going on out on World Showcase Lagoon. Early in the morning, we saw all four screen barges testing their screens at the same time.

Later in the day, we watched as the ring barge arms swung around in choreographed movements with their fountains running. For more pictures and information, including a video of the testing, check out our article here.

In the afternoon, some of the screen barges raised their arms as well, which revealed that the barge closest to the Mexico Pavilion has had it’s arm covered in flexible screen material.

We had a wonderful day at EPCOT, and we hope you enjoyed coming along with us. Have a magical day!