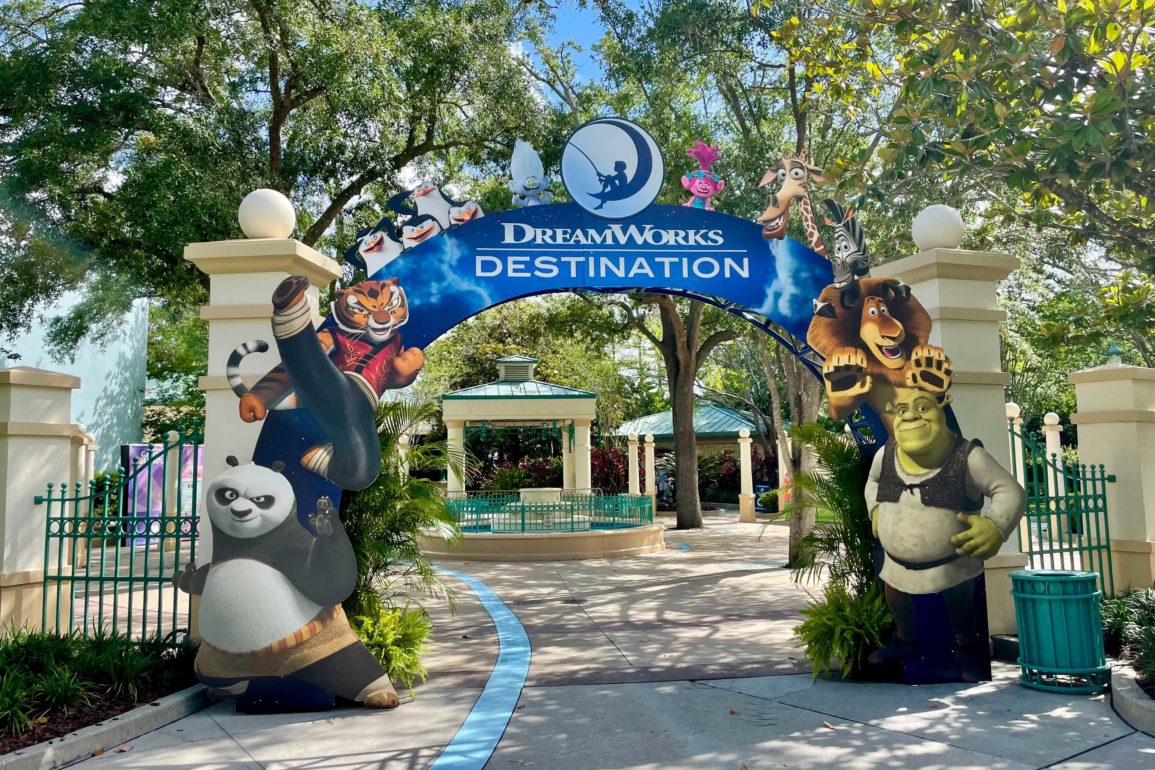 It might be a weekday, but the parks are very crowded here at the Universal Orlando Resort. We arrived bright and early and made our way over to Universal Studios Florida first to see what’s new.

Inside the Hello Kitty Shop, more Hello Kitty “Fast and Furious” merchandise has arrived. There’s a new pin and a new keychain and they’re $8 each. There’s also a shirt, tumbler, and phone case available with the same artwork.

New wooden pieces have been added at the top of the frame where Bruce the shark is suspended. When the shark returned from refurbishment, he was missing the rope in his mouth, The “JAWS” photo op doesn’t look the same without the rope in the shark’s mouth, but these pieces on the frame are a good indication that the rope will be returning soon.

The Three Broomsticks was using the front as an exit only and having guests enter from the patio. The line stretched through Hogsmeade for lunch and we were told it was around a 60 minute wait to get into the restaurant. The wait times for Hagrid’s Magical Creatures Motorbike Adventure and VelociCoaster were around an hour, too.

The crowds around the park were really insane for a weekday. The parks did not hit capacity, though.

We spotted a new prize at one of the skill games in Jurassic Park that we just had to have. This raptor pillow is a prize at the Target Training game for knocking all 6 cans down in 2 shots. We’re now the proud owner of a raptor squad pillow.

It’s been a long day, so we’re getting out of here. Thanks for joining us around the Universal Orlando Resort today. Make sure you stay tuned to Universal Parks News Today for more updates from around the parks!