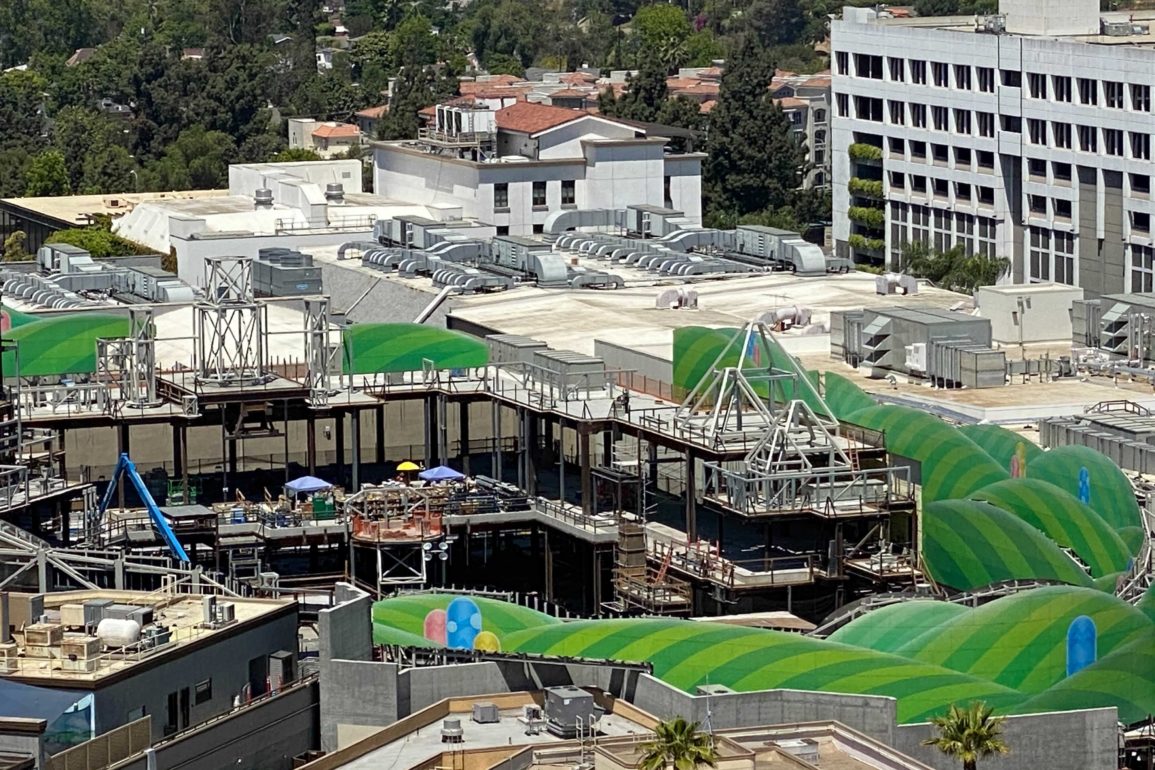 There aren’t many obvious changes to the top level of Super Nintendo World since our last visit. However, the blue crane on the left side is no longer reaching up to the tallest tower.

Some temporary tents to protect crew from the Californian heat have been erected. That being said, we couldn’t see any crew members today.

Most construction materials have moved from beneath the shaded area to the tent location. Some mesh orange screening is also up around a circular area in the center.