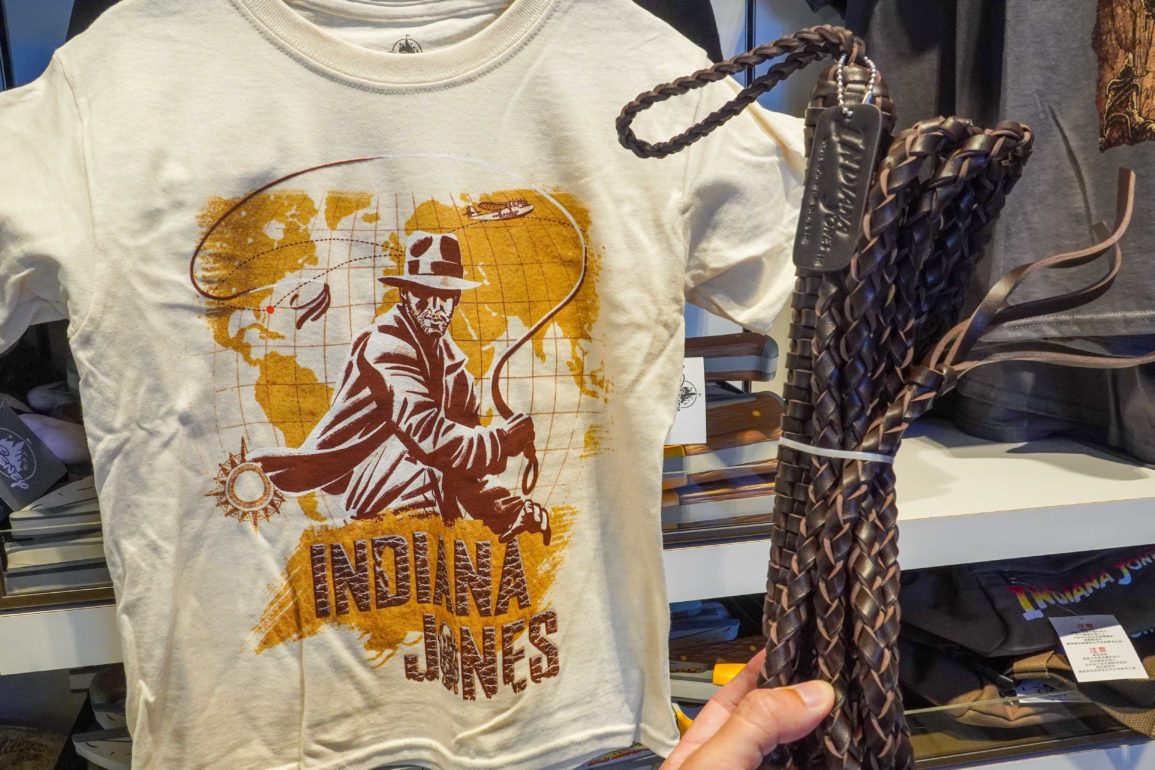 In the Indy section, we found a new whip and a child’s tee.

The shirt features Indy and his whip in front of a vintage map.

Unlike the tee, this whip is not for children. We guess it’s about ten feet long and would make a great prop for an Indiana Jones cosplay.

Keystone Clothiers had another Indiana Jones tee released earlier this year. We also found an Indy belt bag a few weeks ago.

Will you be bringing home some of this Indy merch? Let us know in the comments.