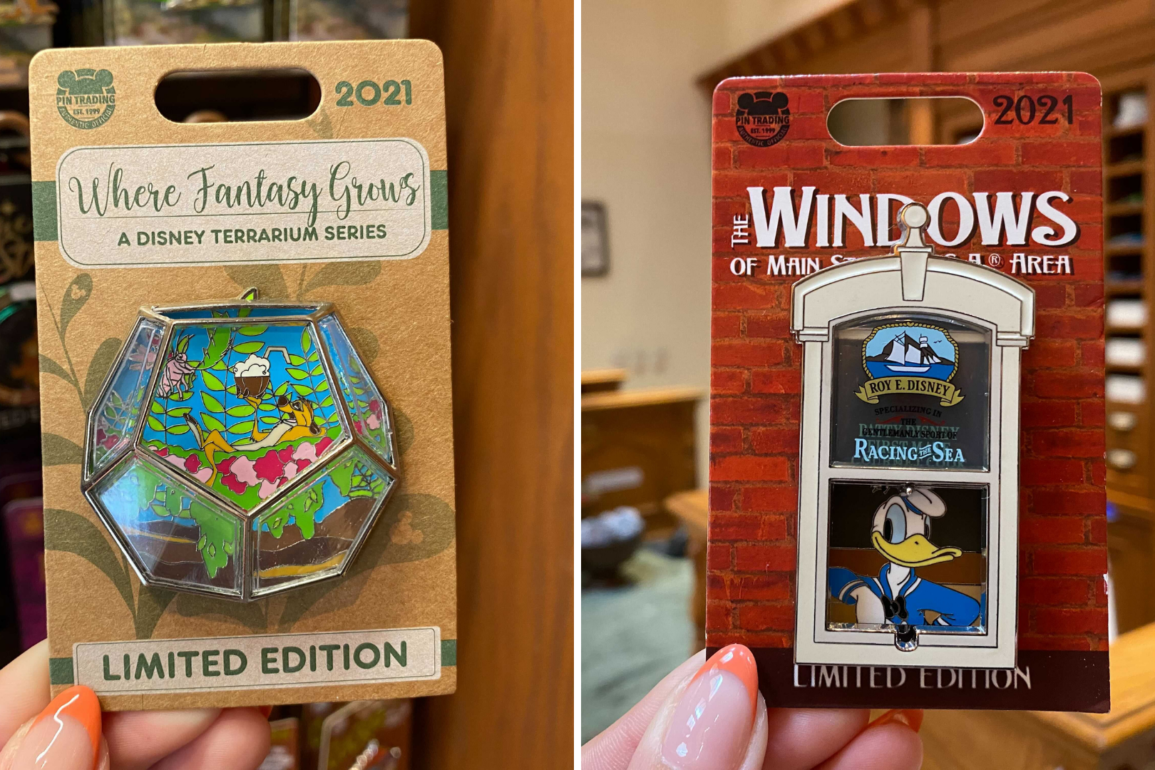 Two new limited edition monthly pins have debuted at Disneyland Resort. The first is part of Where Fantasy Grows: A Disney Terrarium Series, and the second is part of the Windows of Main Street, U.S.A. series.

This latest terrarium pin features Timon from The Lion King lounging in an oasis.

Just in time for Donald’s birthday in June, this pin features Donald peering out of a Main Street, U.S.A. window.

The window moves up and down to reveal Donald, with the window itself displaying the names of Roy E. Disney (“specializing in the gentlemanly sport of racing the sea”) and Patty Disney (first mate and gourmet cook aboard the Peregrina).

We found them both in Atwater Ink & Paint at Disney California Adventure. Will you be adding them to your collection? Let us know in the comments.