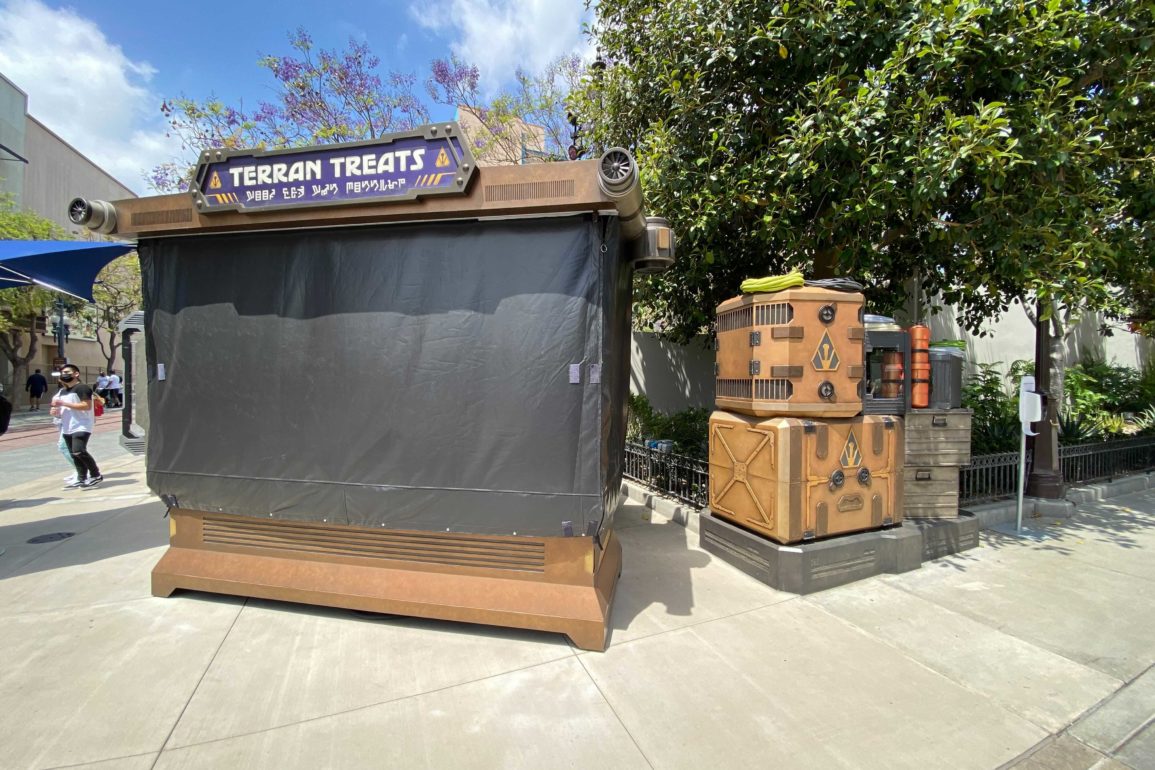 Near Guardians of the Galaxy – Mission: BREAKOUT! a new food stand is just about ready to open. “Terran Treats” will feature a menu of items curated by Taneleer Tivan, better known as “The Collector”. Now we can see the stand itself, as well as several themed props placed nearby.

The stand has appeared overnight, just days after menus for the Avengers Campus offerings were released.

A batch of props has been placed next to the stand, too. By the looks of things, Taneleer Tivan has left some pieces of his “collection” outside next to Terran Treats.

According to the Celestial Alphabet of the Marvel Cinematic Universe, the subtext on this sign reads “Feed Mix for Terrans”; Terrans of course meaning humans from Earth.

Below are two of the items that The Collector has curated for this new food cart: