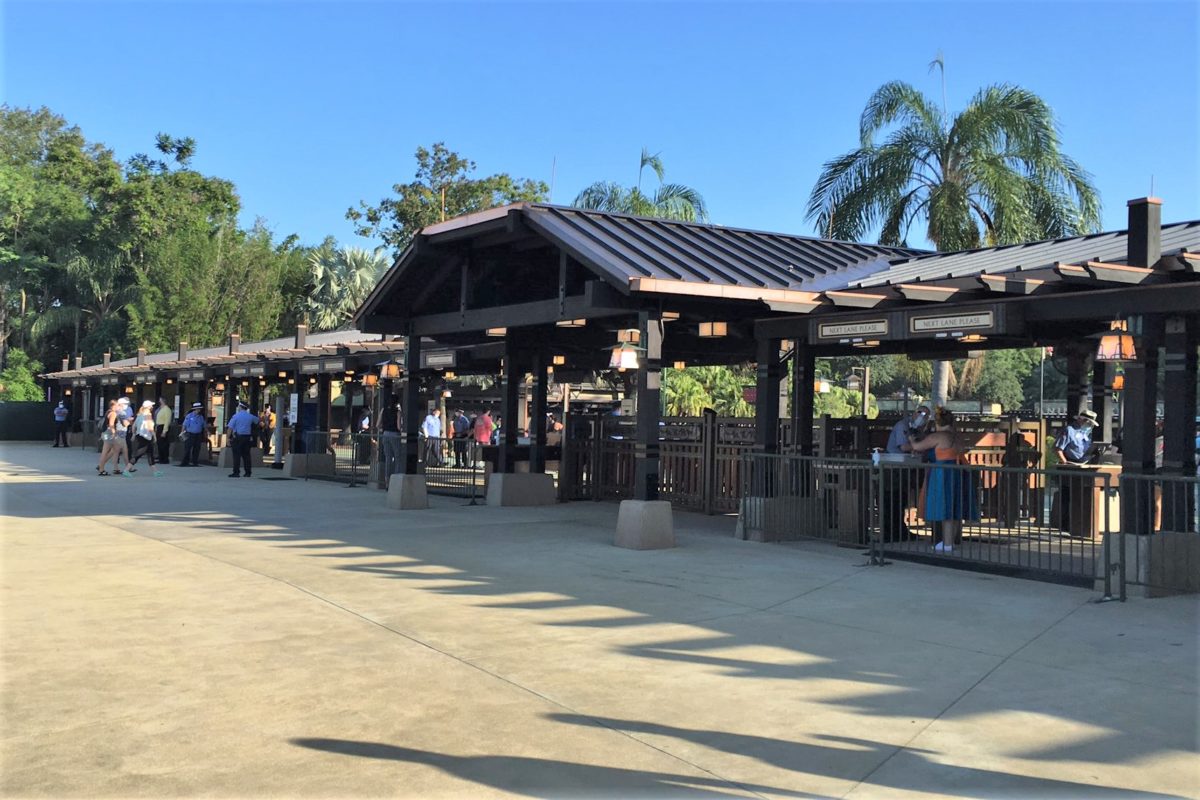 Despite having been closed for four months, Walt Disney World saw more guests attempting to enter property with firearms in the past year. Among these incidents was a guest who claimed their six-year-old was supposed to be watching their loaded gun, and another who was carrying two handguns (and marijuana) in a diaper bag.

The Orlando Sentinel reports about even more incidents of guests purposefully bringing firearms or forgetting they were carrying them.

21-year-old Iraqi immigrant Mustafa Alameen had 100 rounds of ammunition and a handgun in an otherwise empty stroller when he visited Disney Springs in February. Alameen says he was planning to go to a firing range later and forgot he was carrying the ammunition and firearm. He realized his mistake when the security alarm went off but was still arrested.

Luis Piloto Serrano, 31, from Hillsborough County, is among those who weren’t aware firearms aren’t allowed at Walt Disney World theme parks. He was arrested when he walked up to Magic Kingdom with his loaded 9mm pistol on his right hip.

Aleem’s attorney, Brian Byrd, thinks many of the arrests are unfair, stating, “These are people who don’t have any ill intent … Most of these people are not bad people. It’s not just Disney. People get caught with guns accidentally at the courthouse, at the airport. It happens all the time.”

At least 20 people were arrested due to carrying firearms at Walt Disney World in 2020, while only four were arrested in 2016. By mid-April 2021, 14 people have already been arrested.

According to experts, this rise in gun-related arrests is partially due to a trend of new people buying guns in 2020 due to the pandemic and political protests. Walt Disney World has also updated its security in the past year with new technology by Evolv, including at Disney Springs which did not previously have such tight security.

Not all guests who arrive with firearms are arrested. A guest with a concealed carry permit packed an AR-15 and handgun to protect against Black Lives Matter protesters for his stay at Disney’s Polynesian Village Resort. Disney stored his guns in a safe and returned them to him when he checked out.

Another incident in February involved a 52-year-old Georgia man attempting to enter Disney’s Hollywood Studios with a gun but no valid permit. The sheriff’s office took possession of the gun but did not arrest the man and allowed him to enter the park.

Later, a 36-year-old Georgia woman was caught with a gun in her bag at Disney Springs. She wasn’t arrested but was banned from Walt Disney World property.

Approximately one in every three firearm-related arrests were Central Floridians, while most were tourists from elsewhere in Florida or other states, primarily Georgia, Texas, and Alabama. Gun laws vary from state to state, accounting for some of the confusion guests experience when arriving at Walt Disney World.

Only one arrest that the Sentinel found was a Cast Member. In September, Eric Collazo, a chef at the Walt Disney World Dolphin Resort, was arrested when he was caught with a stolen gun.

Universal spokesman Tom Schroder told the Sentinel that there are secure weapons lockers for guests with concealed carry permits to use as storage. If someone does not have a permit, Universal then contacts the Orlando Police Department.

Most guests caught with firearms at Walt Disney World are fined and don’t face prison time, though some do end up with a felony record.