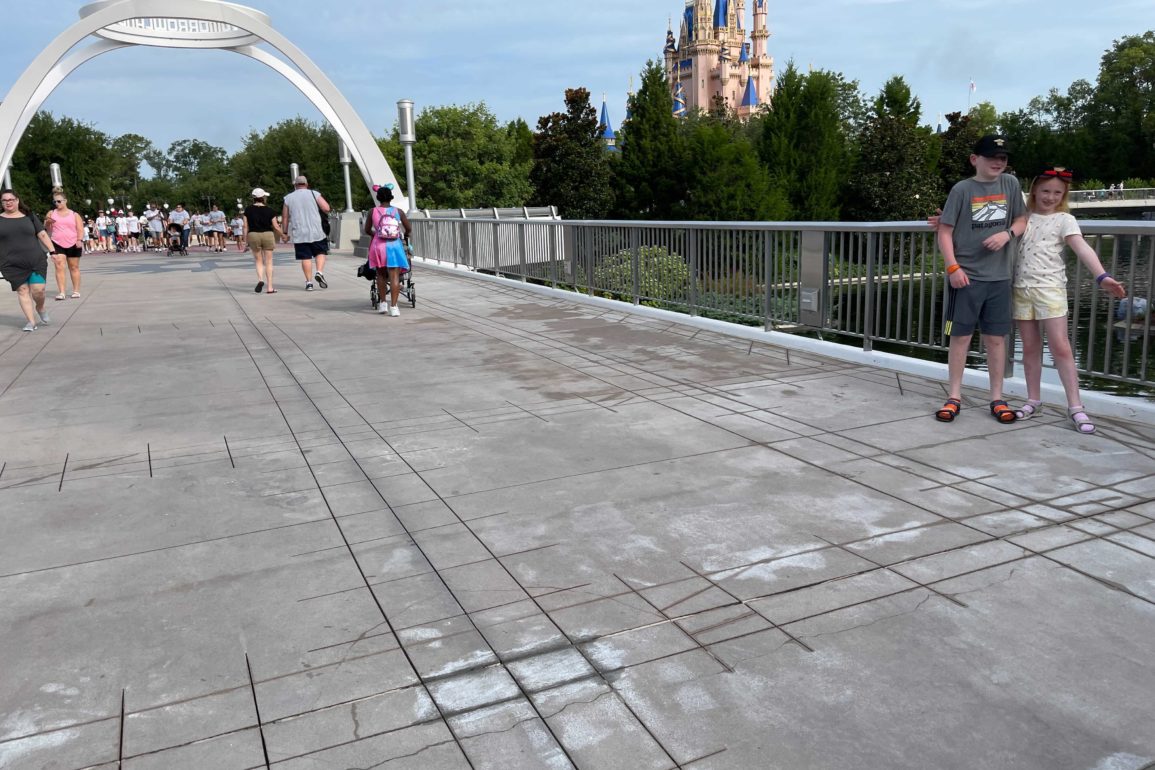 The refurbishment of Tomorrowland marches on in the Magic Kingdom, with even more of the 1994 “gear” pavement being replaced as the land receives a new look.

By Monsters, Inc. Laugh Floor, as we noted, some of the pavement is now colored lighter than it was previously.

The lighter-shaded pavement is cut down the middle with a darker strip, which seems to be advancing closer to the bridge leading to the park hub.

The refurbishment seems to be taking advantage of the attraction’s temporary closure, having little affect on foot traffic at the moment.

The shade is matched on the opposite side outside the former home of Stitch’s Great Escape, which closed last year.

A section of the pavement just before the bridge has been roped off, noting the latest area of work, which appears darker than the rest of the strip.

The “gear” by the bridge has been half-removed, a recent development.

As we move to the bridge itself, scoring of the concrete has begun.

The marks lead to just short of the land’s main entrance, meaning it’s possible that the dark strip could eventually extend to the hub.

Currently, as guests approach the arch, the scoring is concentrated on the sides closest to the railings.

Work has been progressing steadily as Tomorrowland heads towards its own “great big beautiful tomorrow.”