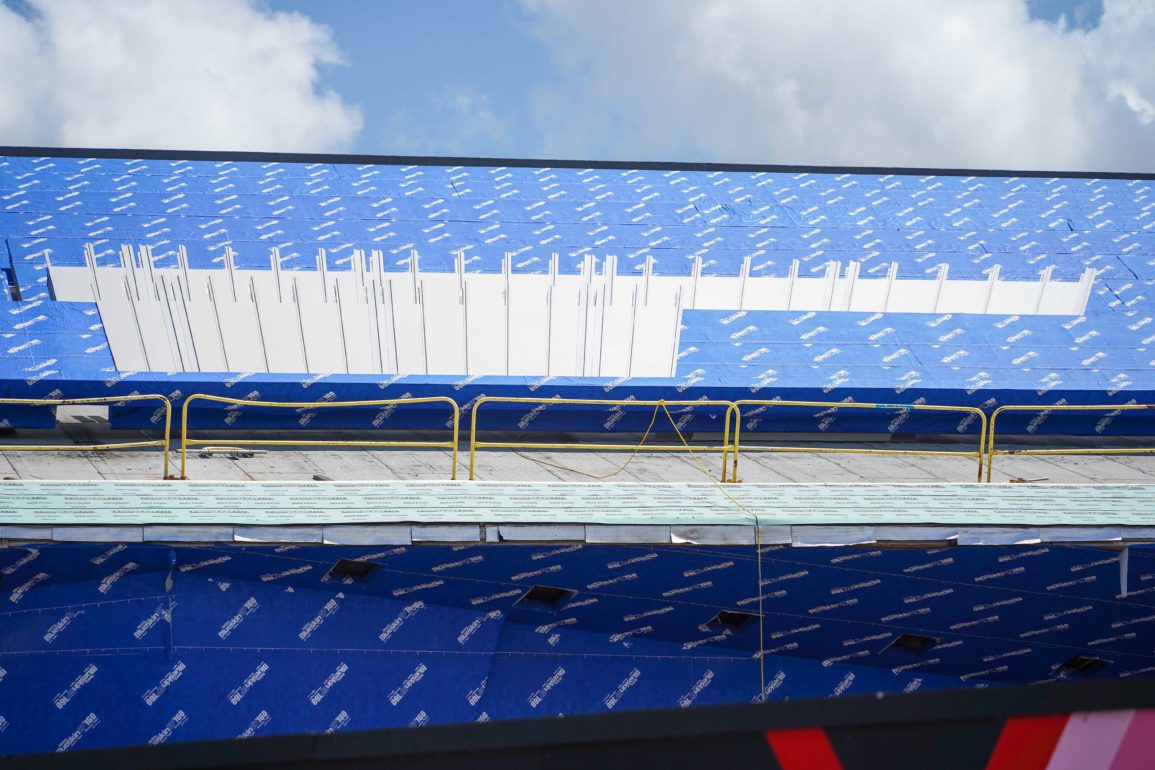 PHOTOS: More Paneling Added to Roof of Guardians of the Galaxy: Cosmic Rewind at EPCOT

We’ve seen some interesting strides in exterior construction of Guardians of the Galaxy: Cosmic Rewind at EPCOT recently. The foundation was recently completed for the Xandarian ship that will eventually grace the entrance and new decorative paneling was added to the roof.

In front of the show building, there isn’t much to see except dirt.

The Xandarian ship is most likely being constructed off-site and will be installed later.

A few weeks ago, a bridge was added between some of the roof paneling and later covered with blue sheeting.

Another row of decorative paneling now covers some of the blue sheeting. As we previously noted, this paneling is very different from what was seen in concept art.

These have vertical lines that extend above the panels, while the concept rendering shows smooth paneling.

Though it was originally thought solar panels would be installed on the roof to reflect the pavilion’s original theme of energy, this is not the case.

Next
PHOTOS: Norway Troll Moved Back to Original Spot, Floor Refurbishments Continue Inside The Fjording at EPCOT