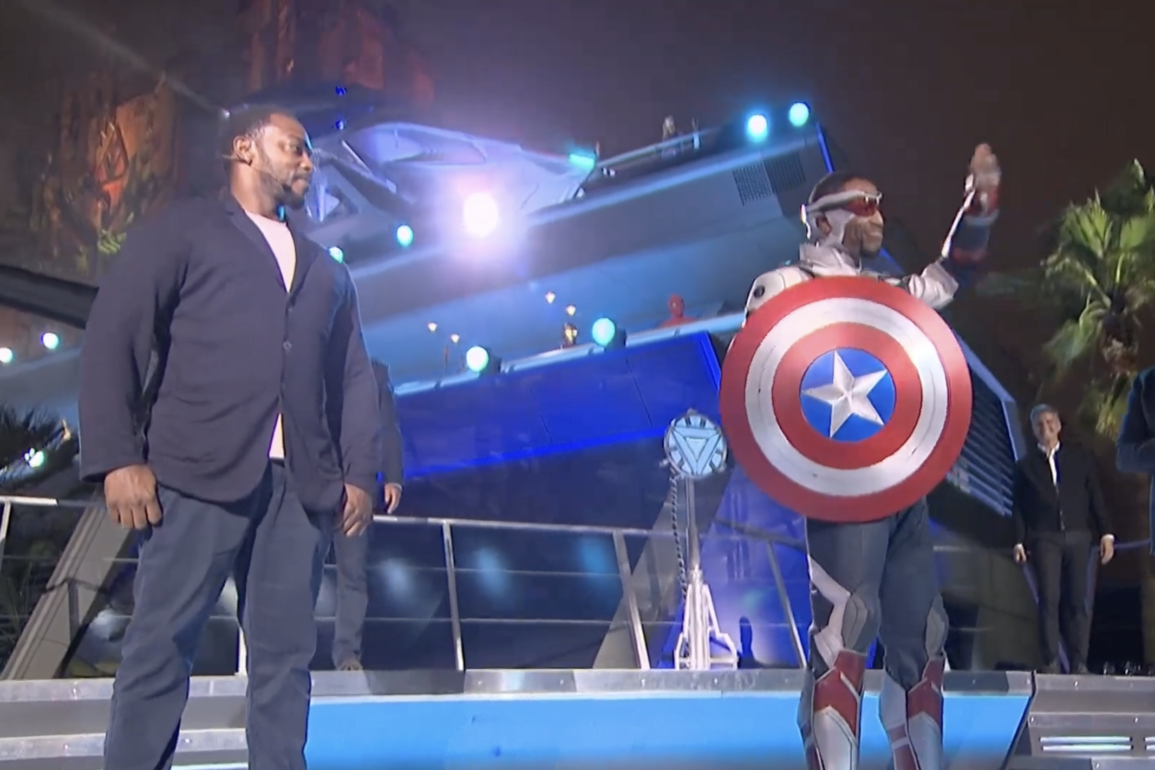 With tonight’s grand opening ceremony for Avengers Campus at Disney California Adventure, we did get one surprise.

It does appear that both versions of the Captain America character will appear in the park, as strange as that might be. Both appeared in the grand opening ceremony, in fact.