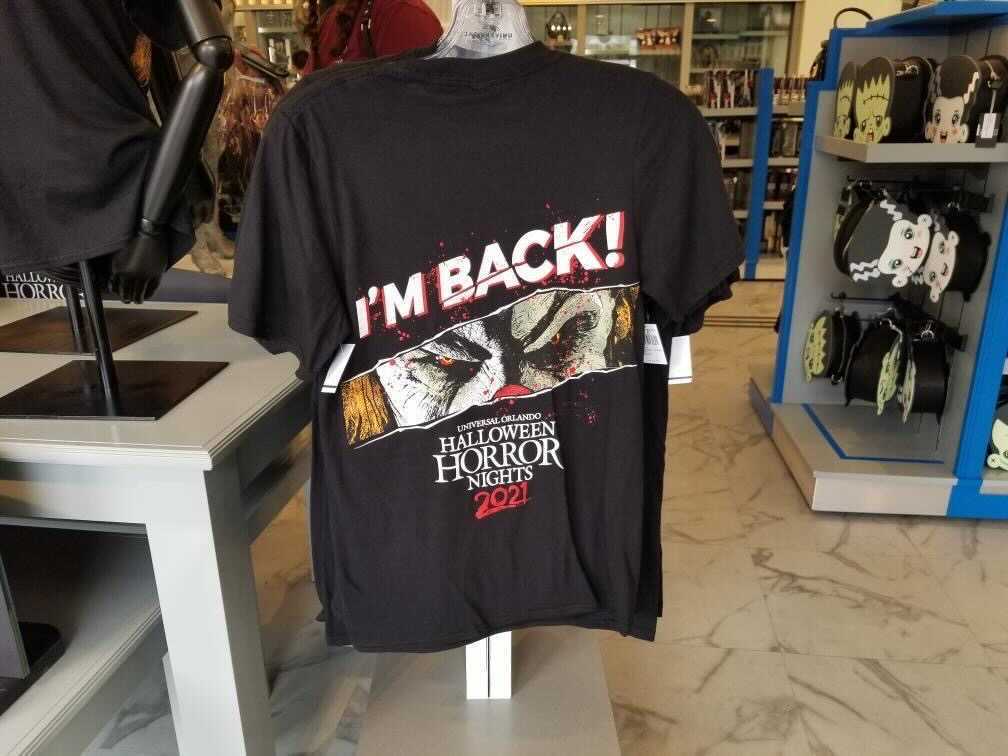 In case you didn’t hear, Jack. Is. Back. The master of scare-imones, Jack the Clown, will be the star of Halloween Horror Nights 30 later this year at Universal Studios Florida. But if you want an early dose of fear, you can show off your status as one of Jack’s Maniacs with a brand new t-shirt available in the park.

The shirt is part of the preview merchandise for the event. Previously, items themed to Beetlejuice (which will be featured in a haunted house this year) were also available.

Jack’s menacing eyes glare at guests as they enter the store. But he’s in good company, as he’s surrounded by the classic Universal Studios Monsters, including Dracula, Frankenstein, and the Bride of Frankenstein.

The front shows the Halloween Horror Nights logo and the year 2021 on the right-hand side of the chest.

The star of the show, Jack Schmidt himself, proudly declares “I’m back!” on the reverse side. Quite literally, Jack is (on the) back.

The t-shirt retails for $28.00, and can be found at the Five and Dime. But if you’re too scared of what Jack might have in store for you to leave your home, you can also purchase the shirt on Universal Orlando Resort’s online shop.