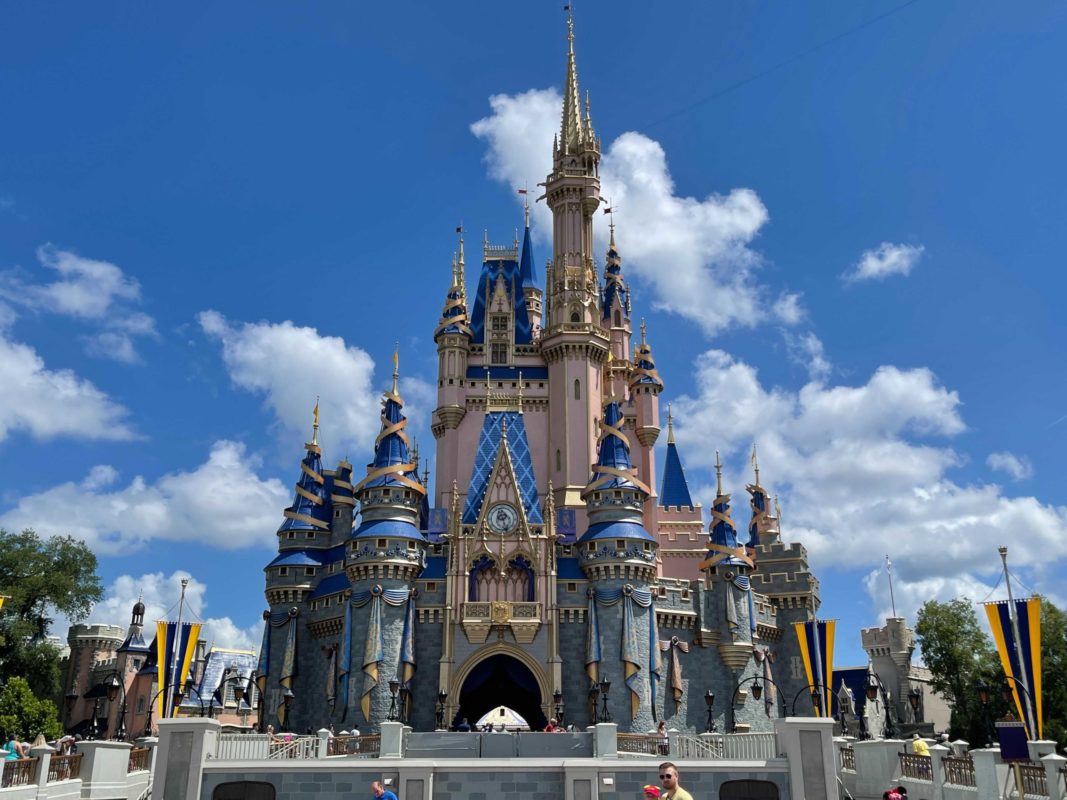 One man managed to sneak into the Magic Kingdom without buying a ticket, although his visit to the theme park was short-lived. Taking the unorthodox, free route to see Cinderella Castle led to the man’s arrest, a recently released sheriff’s report shows.

Johnny Tran, 31, of Orlando, was arrested on misdemeanor charges of trespassing and petty theft for the May 23 incident, according to an Orange County Sheriff’s report.

His arrest happened at 12:45 p.m. on a Sunday when the cost of admission that day was $140.58, the report said. Tran also skipped out on the $25 parking fee too, the report said, which didn’t provide details how he got through the parking attendant gates without paying.

A uniformed Disney security guard manning the checkpoint on the path between the Magic Kingdom and the Contemporary Resort noticed Tran near the entrance of the bus drivers’ breakroom. Tran looked around, walked up the berm covered in foliage to keep people out of the park and then scaled a fence, the arrest report said.

Another Disney security officer, who was in plain clothes, walked through one of the Magic Kingdom’s tunnels when he caught sight of Tran. Tran, dressed in a gray plaid shirt and khaki shorts, exited a door that was reserved for ‘Cast Members Only’ and provided access to a backstage area the public wasn’t allowed to go into, the arrest report said.

The officer recognized Tran as the man who climbed up the berm earlier.

Tran headed into Tony’s Town Square Restaurant which is located inside the Magic Kingdom across from the flagpole on Main Street, U.S.A.

He went inside the restaurant and then quickly came back out again, taking off his plaid shirt. In his mug shot, Tran appears to be wearing a T-shirt underneath the plaid shirt.

And then Tran started walking toward Cinderella Castle. By then, his free day was coming to an end.

A Disney security manager stopped Tran and escorted him into a security office. He called 911 to get help from the Orange County Sheriff’s Office.

A sheriff’s deputy read Tran his Miranda-rights warning and arrested him.

“Based on the fact Tran passed the entrance to parking without paying for parking, then went to the entrance of Magic Kingdom park, did not pay for a admission ticket then walked away from the Guest relations ticket booth, down the walkway towards the Contemporary resort, then went up the berm which was designed to be a barrier, cultivated with foliage, to regulate access to the park, then scaled a fence to gain access to the Magic Kingdom, Tran was arrested for Trespass on property and petit theft,” the arrest report summarized.

Tran, who is listed as a “transient” on the arrest report, is represented by the public defender’s office which declined to comment on the pending case. Tran did not return a message for comment Monday.

His next court hearing is scheduled for July 27 where the state will make a decision whether to pursue charges, according to online Orange Circuit Court records.

18 thoughts on “Man Arrested for Climbing Berm and Sneaking Into Magic Kingdom Without Paying for Ticket or Parking, Made Quick Change at Tony’s”