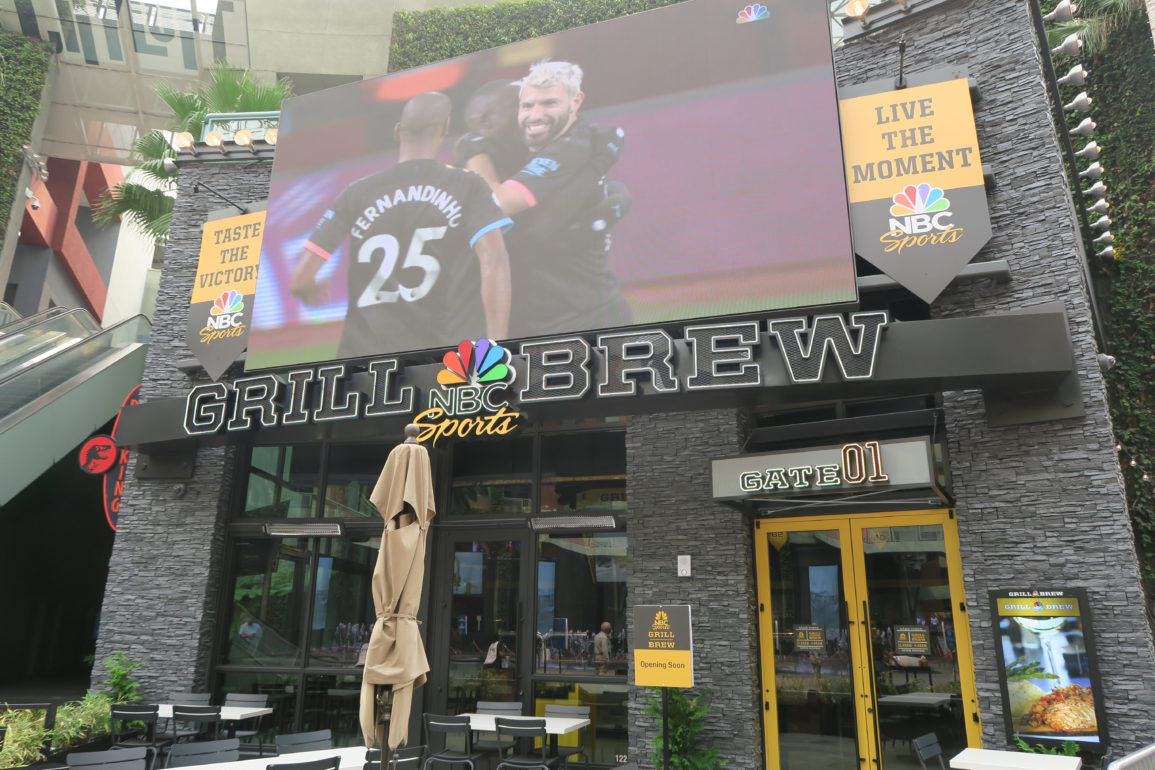 NBC Sports Grill & Brew has opened at Universal CityWalk Hollywood. Just like its counterpart at Universal Orlando Resort, guests can enjoy the grill’s menu while watching a variety of NBC sports. Read the press release from Universal below.

Universal CityWalk spectators and al fresco diners alike will also be awed by the giant media wall located at the restaurant’s front exterior. Measuring a whopping 23 feet by 13 feet, the HDTV monitor will put guests at the front row of the latest sports action.

The inspired menu includes vegetarian, vegan and gluten-free options as well as traditional fare with an array of cleverly themed courses.

These include: The Starting Lineup features mouthwatering appetizers from Wings and Fish Tacos to Loaded Nachos and an Artisan Pretzel. Home Run Handheld takes burgers to new heights with such tempting fare as Roadside Chili Burger, Gruyere Burger, Beyond Burger, Nashville Hot Fried Chicken Sandwich and the Brat Pretzel Press. The Chili Bowl and The Grain Bowl add tasty twists to The Bowl Games menu section.

Final Play rounds out the meal for the home stretch, including Warm Apple Strudel, Warm Chocolate Chip Cookie with Stout Ice Cream and a variety of Floats. A la carte Side Lines add even more options to the extensive menu with extras including Tater Tots, Crinkle Cut Fries, Grilled Vegetables, Creamy Mashed Potatoes and Cornbread.

A refreshing complement to the menu, the restaurant also features a full bar and an extensive selection of over 40 beers, including the 862 as an IPA or seasonal draft custom-made to the Universal CityWalk Hollywood location.

Looking to customize their beverages, diners can create their own beer flight, build their own mule cocktail or select from a list of craft cocktails and wines.

Next
“WandaVision” Snags a Total of 23 Emmy Nominations