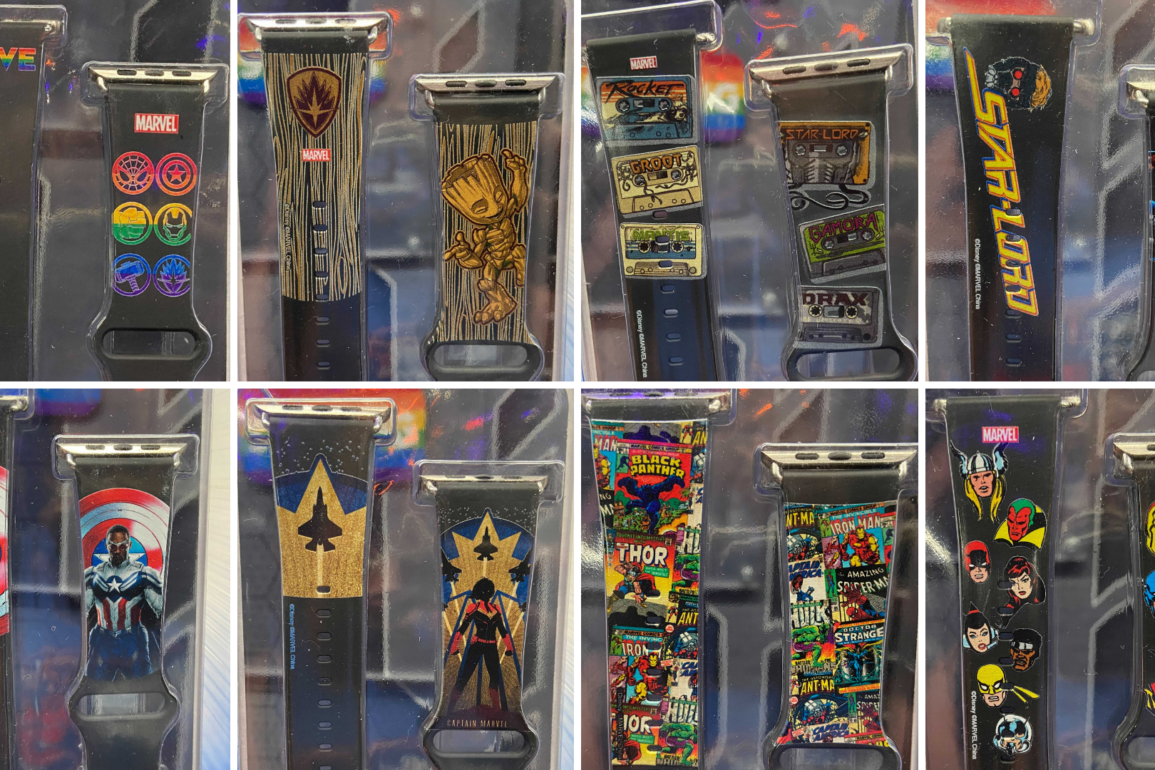 The Apple Watch is the most popular smart watch on the market. Disney is now offering something for Marvel fans that also own an Apple Watch. Eight new Marvel Apple Watch bands are now available at Disneyland Resort.

We found all eight watch bands at Backlot Premiere Shop in Disney California Adventure. The bands fit both 42mm and 44mm Apple Watches.

Marvel comic books cover both sides of this watch band.

Sam Wilson picks up the shield as Captain America in The Falcon and the Winter Soldier. Fans of the Disney+ hit will love this Apple Watch band.

Stylized Captain Marvel artwork is surrounded by jets and stars. A lone jet races across one side.

One side has Star-Lord’s face and logo. The other side has a detailed image of Peter Quill in action.

Guardians of the Galaxy Cassette Tapes

In a not-so-subtle nod to Star-Lord’s Awesome Mix Tape, this Apple Watch band has a cassette tape for each Guardian: Rocket Raccoon, Groot, Mantis, Star-Lord, Gamora, and Drax.

A happy Baby Groot dances in front of a wood grain background.

Six Marvel character logos are printed on one side. The artwork changes through pride colors. The other side of the band has “LOVE” printed in pride colors.

Next
PHOTOS: NEW Minnie Ear Loungefly Backpack Allows You to Attach Ear Headband to the Bag