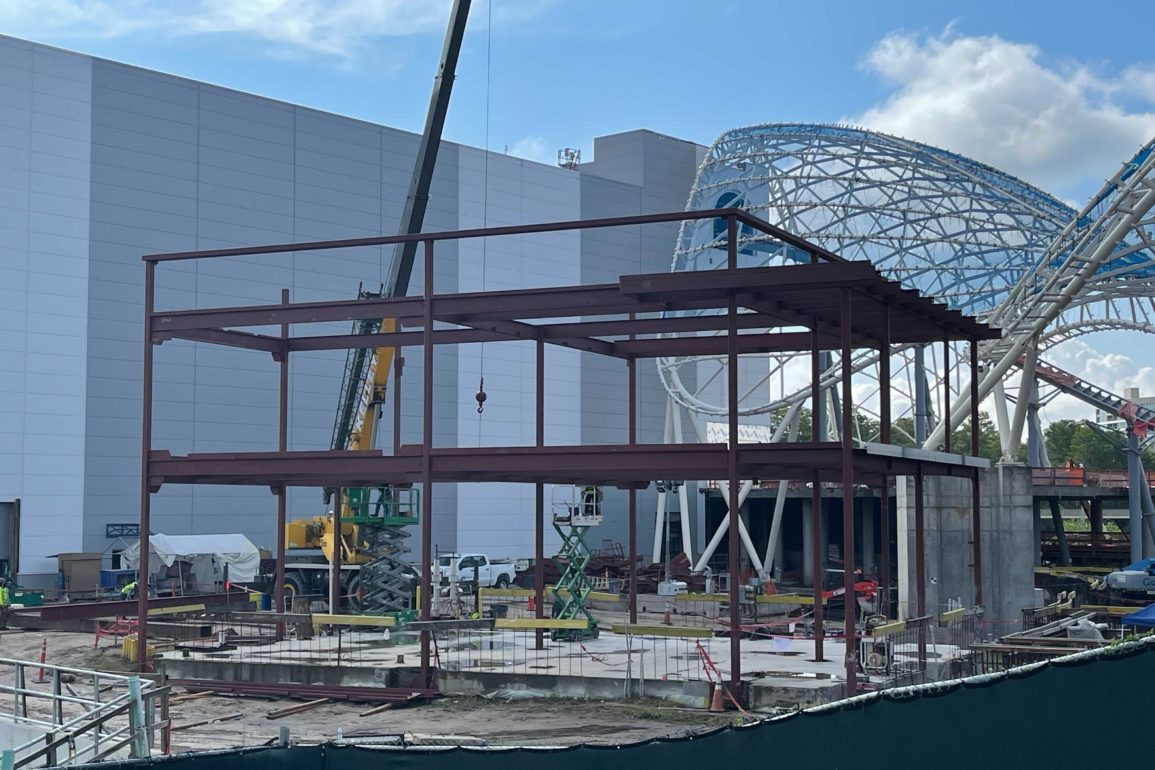 The mysterious new structure being built next to TRON Lightcycle / Run at the Magic Kingdom has developed quite a bit since our last visit.

The concrete platform now has a metal framework around the perimeter.

Progress has come along quickly on the structure, though its purpose is still currently unknown. It’s been rumored that it may be connected to the Walt Disney World Railroad, which has been rerouted to accommodate the future attraction.

So far, the structure appears to be two stories tall, though the climbing metal suggests it could possibly rise even higher.

We managed to catch another beam beginning to be hoisted, showing just how fast this is coming together.

Nearby, the blue netting continues to cover the framework of the illuminated canopy.

Construction workers were seen above the canopy in a cherry picker.

Given how they were pointing, it’s possible they were guiding the beam being raised.

The “portal” that leads to the outdoor portion of the roller coaster remains undecorated for the moment.

The railroad is still scheduled to be closed for the park’s 50th anniversary on October 1st.