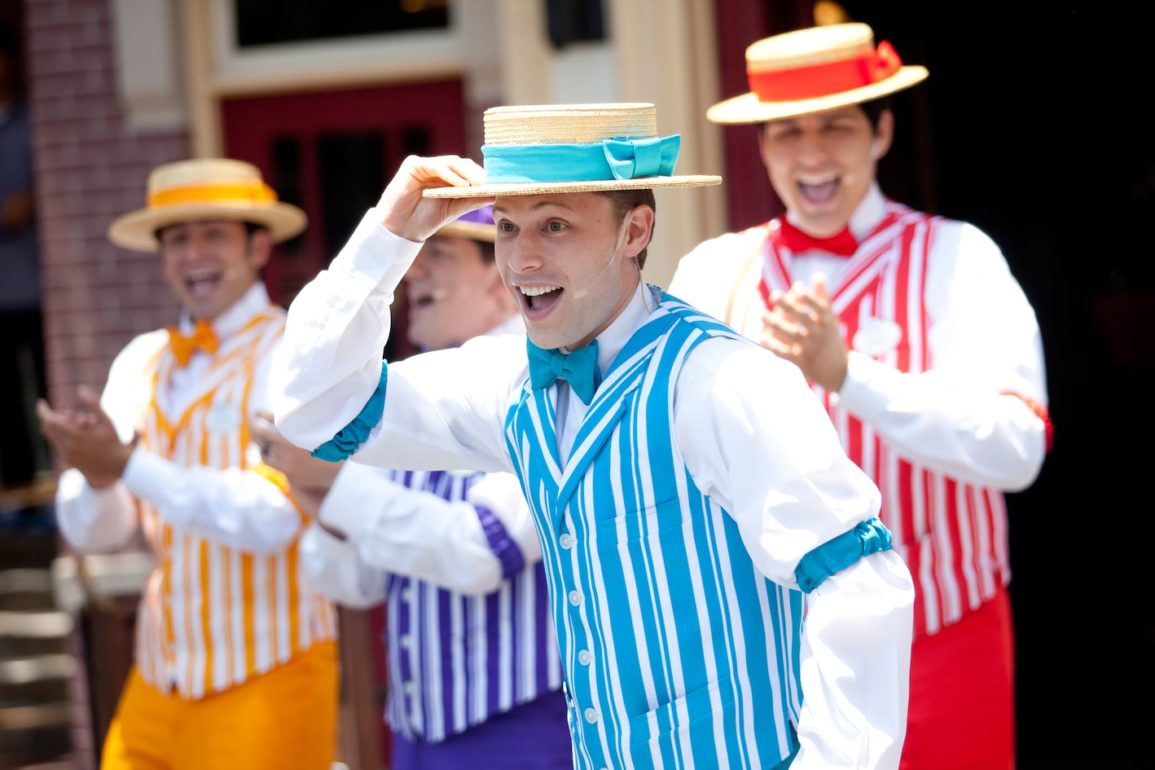 The Dapper Dans are finally returning to Disneyland on September 3. The barbershop quartet—which actually has twelve members—began rehearsals on Tuesday, August 24, after being apart for more than a year, OC Register reports.

“It’s very exciting,” Disney Live Entertainment music producer John Glaudini said. “They sound great. They are masters of this music. It’s just wonderful to come back and hear that it is just as vibrant.”

The Dapper Dans continued to entertain guests last year with several at-home video performances of classic Disney songs, but nothing compares to seeing them in person.

“They’re fantastic musicians,” Glaudini said. “They do something that is superhuman in some ways — singing harmony, on the same vowels, telling jokes, and doing choreography all at once.”

According to Glaudini, the Dapper Dans is a collaborative group, who pitch ideas to each other. With twelve members, but only four performing together at a time, some of the Dans never hear what the others do out in the park.

“Someone might have an idea that everyone goes, ‘Oh, I didn’t know you did that,'” he said. “Because they’re never out there at the same time.”

At rehearsals, the Dans go through four passes. In the first, they go over mechanics so all of them are singing songs in the same way. In the second, they work on the dynamics and musicality of their show. In the third, they add choreography and ways to interact with the audience. The fourth step is in-park rehearsals, where they bring it all together and mix the audio. Glaudini said he was amazed at how little direction he had to give during the first rehearsal, as all of the Dans fell back into their roles perfectly.

The Dans will be performing a special Halloween set with extra jazzy flavor when they return. During rehearsals and their final performances, they will be performing with distance between each other and the audience due to COVID-19.