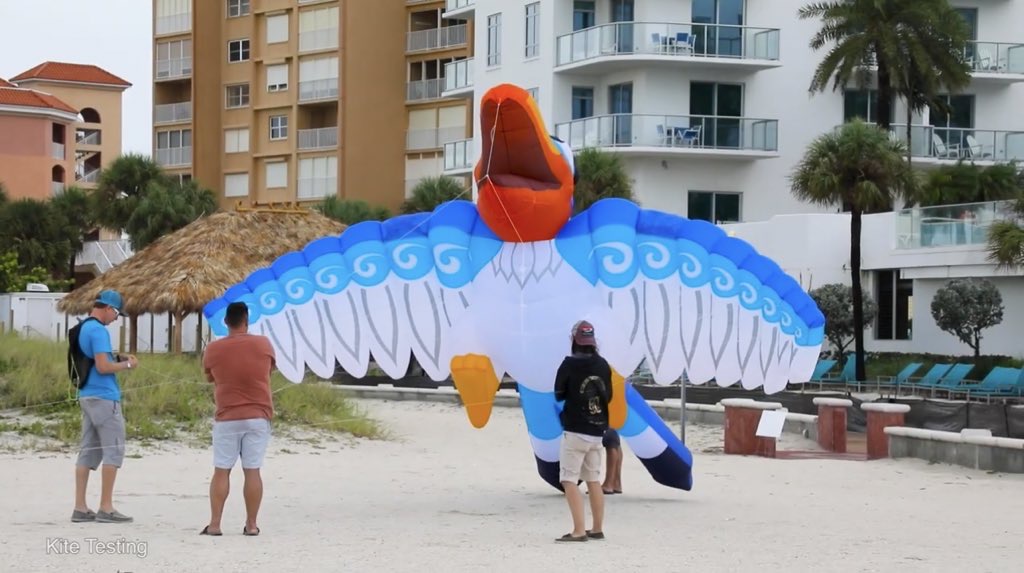 While we’ve seen progress already being made, Disney revealed more details and shared new pictures from its forthcoming show at Disney’s Animal Kingdom beginning October 1 for the 50th Anniversary of Walt Disney World.

The show is going to take place several times daily at the Discovery River Theater outside of DinoLand U.S.A. There will be many giant kites themed to Disney animal friends from such classic films as “Finding Nemo,” “The Lion King,” “The Little Mermaid” and more.

Imagineers can be seen here testing a kite themed to Zazu from “The Lion King.”

Characters from “The Jungle Book” are also represented within the show.

Mr. Ray from “Finding Nemo” is another character to be featured in the show.

A variety of wildlife kites will also be intermixed with the more well-known Disney characters.

The kites will fly into the show via watercraft and some are described as being as large as 30 feet in length. Larger three-dimensional kites like Zazu will be inflated as they move through the air.

An included video of the actual kites being tested was also included.

Are you looking forward to catching this show during Walt Disney World’s 50th Anniversary? Let us know in the comments below.

Next
PHOTOS: Scaffolding Removed from Tomorrowland Monorail Station in Disneyland