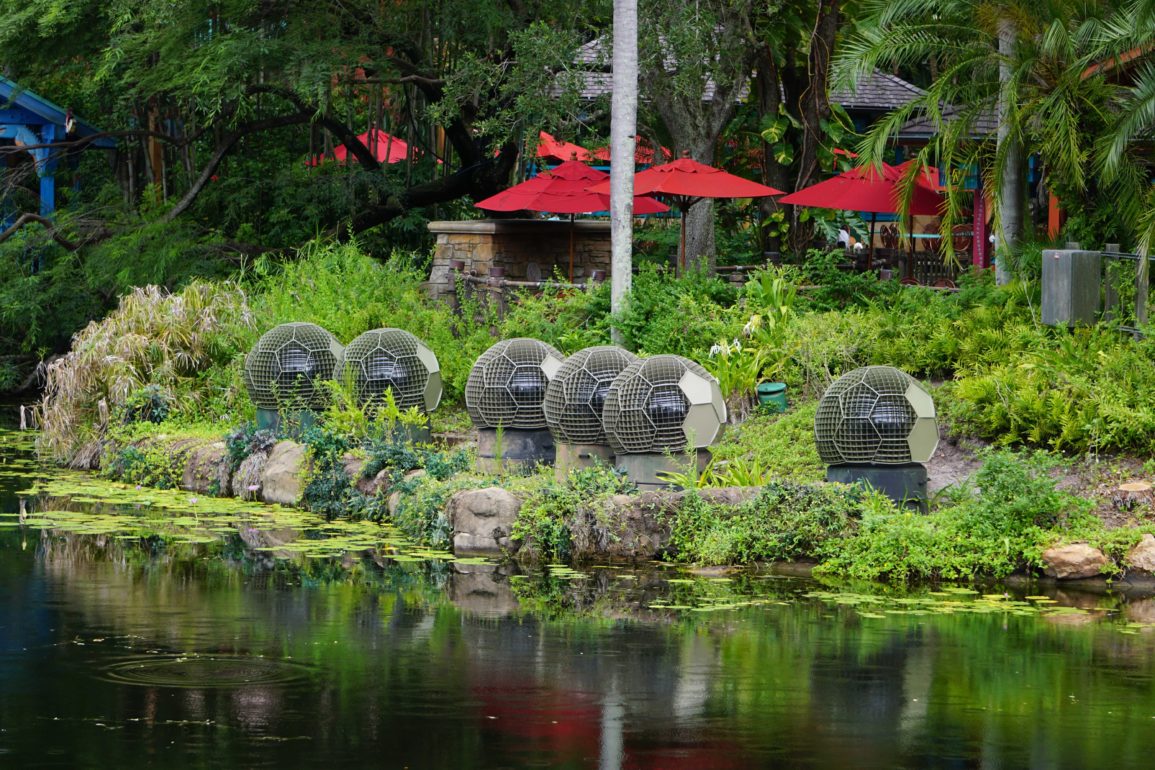 With Disney KiteTails about two months from opening, work has moved along steadily to prepare the Discovery River Amphitheater for this new daytime spectacular.

Most of the construction equipment we saw on our last visit was gone, with more focus being put on the installation of show elements.

The torn blue tarp and milk crate really give the area a lived-in look.

Nearby, we saw the globe lights from the retired Rivers of Light show. It’s possible they will be used in the new spectacular, but it’s also possible that they just have not been fully removed yet.

The lights are staged around the lagoon, mostly in clusters.

Meanwhile, this island seems ready for the new show.

The other big thing we spotted was the addition of poles in the water, mostly near the shorelines. It’s unclear what their purpose is, whether it’s for construction (possibly to mark a drainage point) or for the show itself.

The poles can also be found near this dock, just off of a seating area.

Speaking of the seating areas, the speakers have been wrapped up in a themed fabric that reflects the naturalistic appearance of the land.

When performances kick off on October 1st, giant kites and windcatchers decorated like classic Disney characters like Simba, Zazu, Baloo, and King Louie will dance across the sky to uplifting music. But it seems there’s still work to be done before these kites are clear for takeoff.