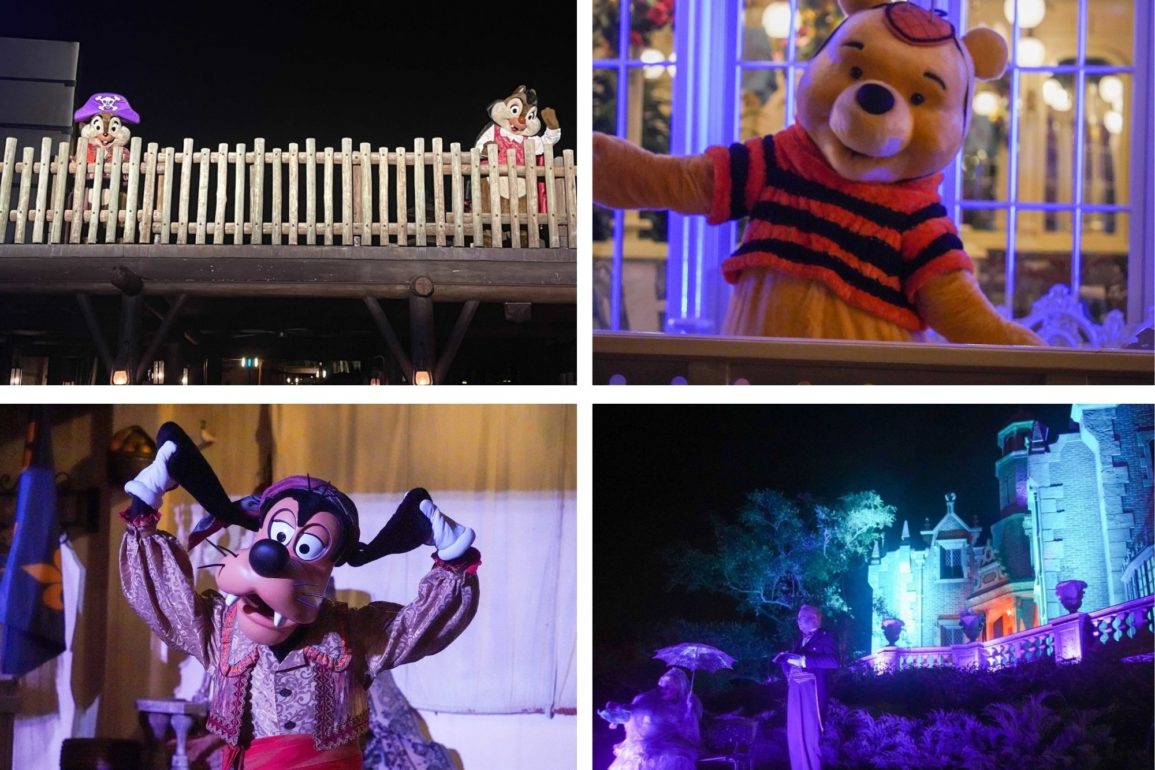 PHOTOS: All of the Character Sightings at Disney After Hours BOO BASH in the Magic Kingdom

Disney After Hours BOO BASH kicked off tonight, and as part of the hard-ticket event, a wide variety of characters made appearances to say hello to guests around the Magic Kingdom. Thankfully, we managed to see them all, and want to show you what the experience is like at all five locations, including two iconic attractions!

Winnie the Pooh and Pals were at the Crystal Palace in their adorable costumes.

Piglet was a beautiful butterfly!

Pooh, of course, was a honey bee.

The wonderful thing about Tiggers is that they make positively adorable pirates.

Chip & Dale came to show off their Halloween costumes on the Frontierland balcony!

Chip is dressed as a swashbuckling pirate, and Dale is a dapper vampire.

Over at the stage by Pirates of the Caribbean, where Captain Jack Sparrow usually meets, Goofy showed off his best pirate costume.

Three residents of Gracey Manor receive guests at The Haunted Mansion: Miss Carlotta, Miss Renatta, and their faithful (in life and death) servant, Broome the Butler.

Broome the Butler accompanies the Madames when they come to regale guests with terrifying tales.

Hi diddle-dee-dee! Gideon and Foulfellow appear in their finery at Pinocchio Village Haus.

The pair seemed eager to cheat… I mean, greet their visitors.

Next
PHOTOS: Trick-or-Treating at Disney After Hours BOO BASH in the Magic Kingdom