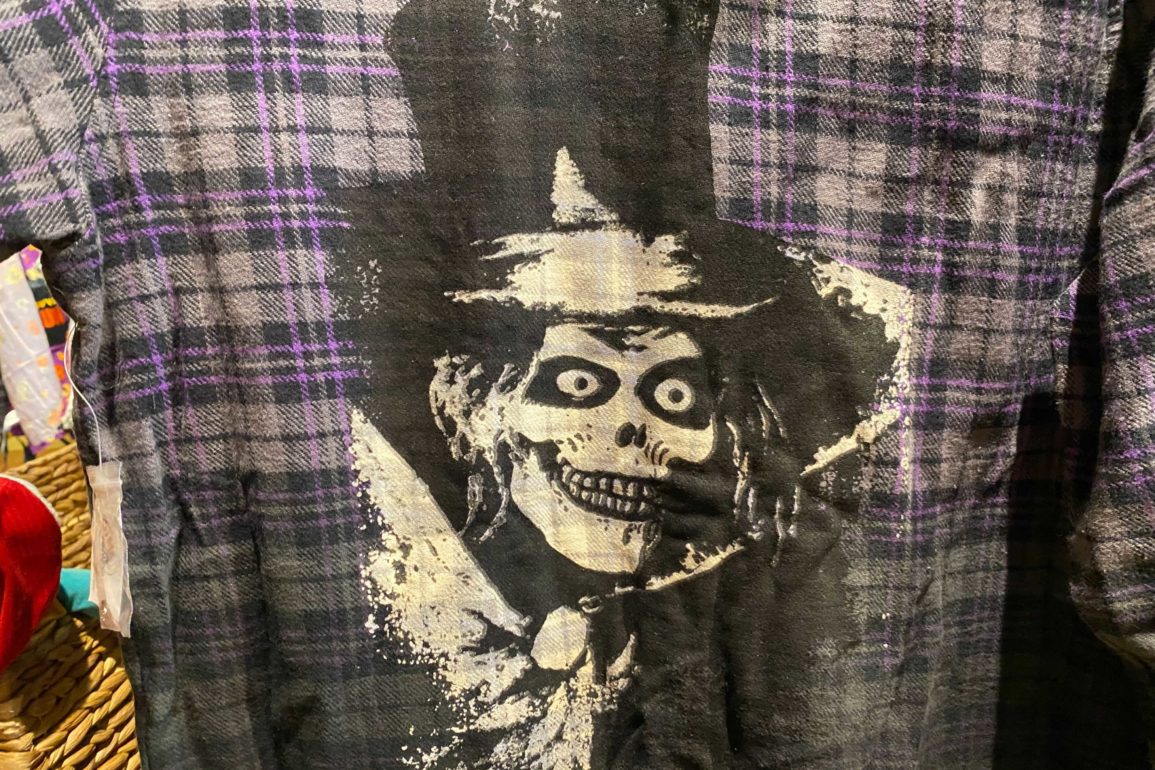 When the crypt doors creak and the tombstones quake, that must mean it’s time for Halloween at the Walt Disney World Resort. We’ve seen lots of Halloween merchandise releasing over the last couple of weeks, and the frights just keep coming. We found this hooded flannel at Discovery Trading Co in Disney’s Animal Kingdom, and it will likely be available at the other parks soon.

This new flannel is part of the Haunted Mansion collection that gives the happy haunts a punk rock edge. Other items in the collection include a purse, a backpack, t-shirts, pants, a MagicBand and more. All are done in the same patched, safety-pinned, grunge style.

The flannel features several patches sewn on the breast and arm, as seen above, and on the hip, as seen below.

The back has a print of the Hatbox Ghost, one of Disneyland’s more famous dearly departed residents. Included in the ride at opening in 1969, he was removed after only a few months but became a fan icon thanks to his appearance on promotional materials and in lore. In 2015, to celebrate the 60th anniversary of Disneyland, a new Hatbox Ghost animatronic was installed near the original location of the 1969 Hatbox Ghost. You can see him in our full on-ride video, here.

Are you going to call in the spirits, wherever they’re at, and tell them to bring you a Hatbox Ghost flannel? Let us know in the comments below.