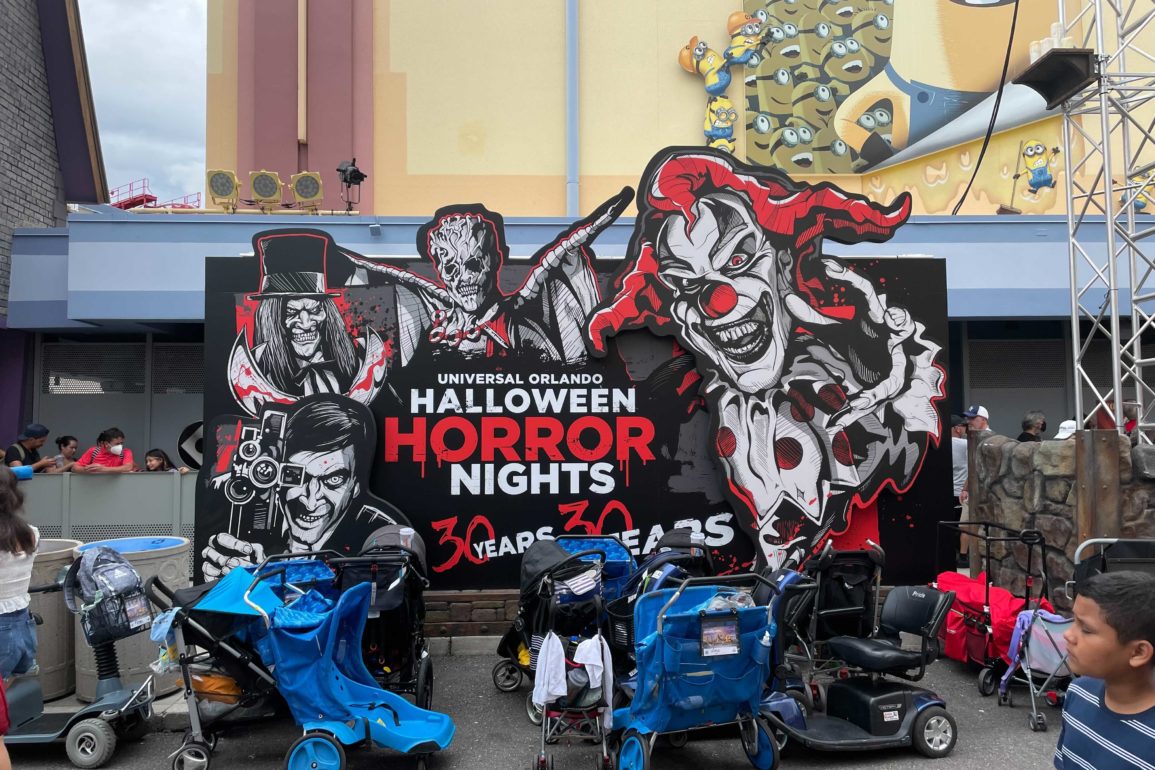 Production Central at Universal Studios Florida is slowly being overtaken by Halloween Horror Nights. New signs and sets have been installed around the trusses that were erected last week.

This area will be near the entrance to Halloween Horror Nights. This will be a scare zone.

Icons from years past (Lady Luck, The Storyteller, The Usher, Eddie, and Chance) are featured on the billboard signs.

Small stages resembling a crumbling building are on the sides of the street.

These stages will be for scare actors.

Jack the Clown is featured prominently on one of the billboards. Other icons include Fear, The Caretaker, and The Director.

Next
PHOTOS, VIDEO: The Hall of Presidents Reopens with New Joe Biden Audio-Animatronic at the Magic Kingdom