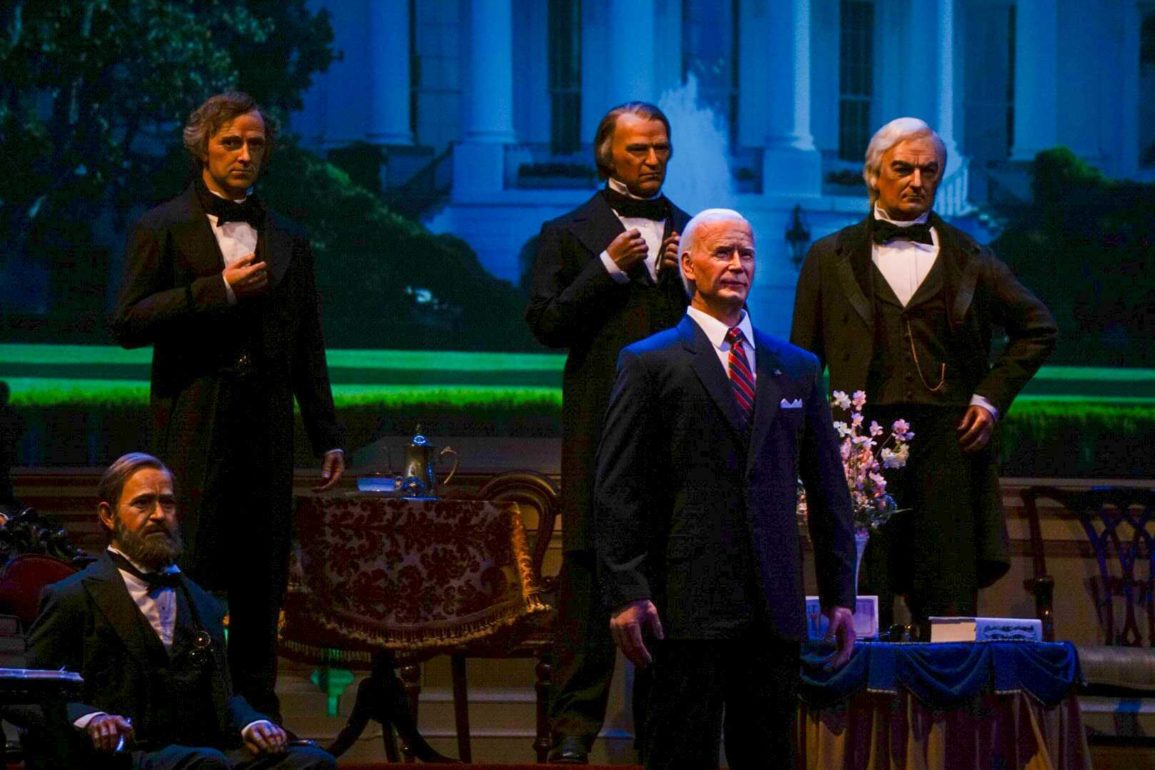 PHOTOS, VIDEO: The Hall of Presidents Reopens with New Joe Biden Audio-Animatronic at the Magic Kingdom

Hail to the chief! After being closed since January, the Hall of Presidents has reopened at the Magic Kingdom with its latest addition, President Joe Biden.

The attraction quietly welcomed backed guests this afternoon, with our reporter happening to be at the first official show.

Crowds quickly descended on the attraction to check out the latest version.

Shows are currently scheduled to operate continuously between 10:00 AM and 7:00 PM.

The entry rotunda had its fair share of guests as we entered.

A portrait of Walt Disney continues to stand proudly by the bust of Abraham Lincoln.

And soon enough, it’s on to the show!

The show itself remains the same from the 2017 edition, with the only change being Biden’s addition.

As the curtain rose, we got to see our first look at the new Commander-in-Chief’s Audio-Animatronic.

Like all sitting Presidents since Bill Clinton, Biden is front and center, delivering his oath of office.

As each president is introduced, Biden looks in the direction of the person being named.

Breaking with recent tradition, Biden only speaks the oath, rather than give a short speech, as every President since Clinton had done.

For those wondering, the Audio-Animatronic of Biden’s predecessor, Donald Trump, has been moved to the back row, standing next to Andrew Jackson.

On the table next to Biden are props of items significant to the sitting President, as was revealed by Disney last month: peach blossoms, representing his home state of Delaware, along with aviator sunglasses and several Amtrak tickets.

And with its new addition, the show comes to a close.

If you’d like to witness the show for yourself, be sure to check out our video below!