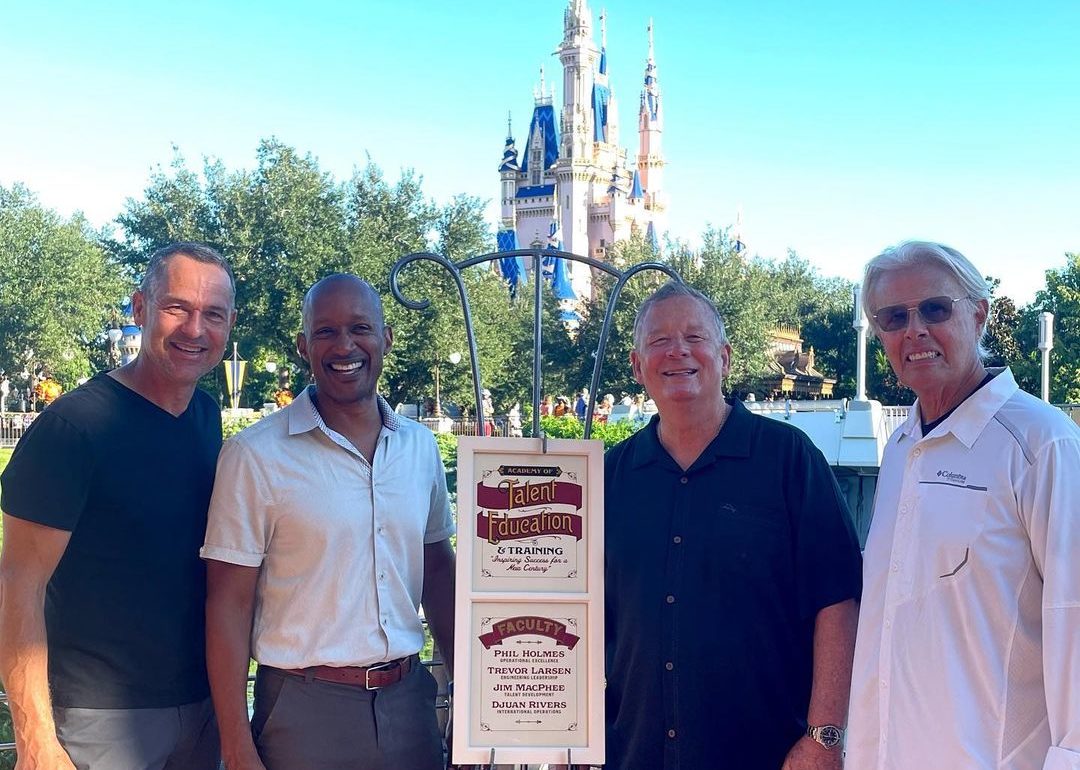 Jeff Vahle, President of Walt Disney World Resort, shared photos of the men and their window on Instagram this morning.

Their window advertises the Academy of Talent Education & Training, with their four names listed as the faux academy’s faculty.